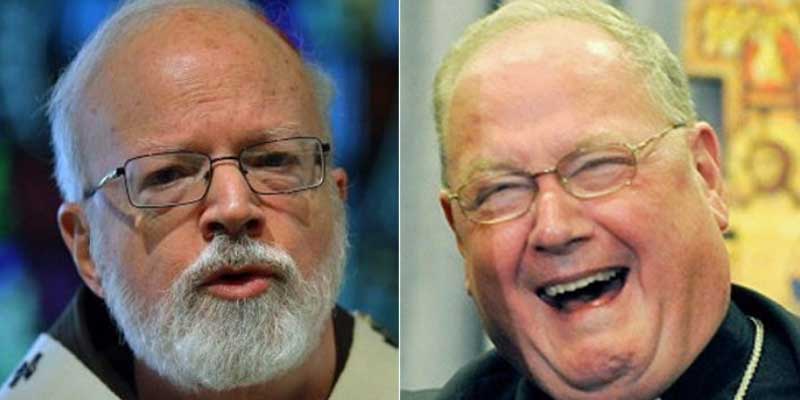 Church Militant has learned that Boston’s Cdl. Sean O’Malley has reported a case of predatory homosexual sex abuse by a New York priest and the ensuing cover-up by New York’s Cdl. Timothy Dolan to the papal nuncio to the United States, Abp. Christophe Pierre.

In a letter dated Dec. 21, O’Malley draws the nuncio’s attention to the case of Fr. Donald Timone, a priest of the archdiocese of New York, whom Dolan allowed to remain in active ministry — even calling him “remarkably tender and holy” in 2013 — after he knew of the credible allegations of sex abuse.

The story about Timone broke in a recent New York Times article, which detailed that Dolan compensated two of Timone’s victims and allowed him to remain in active ministry, even as recently as this week. 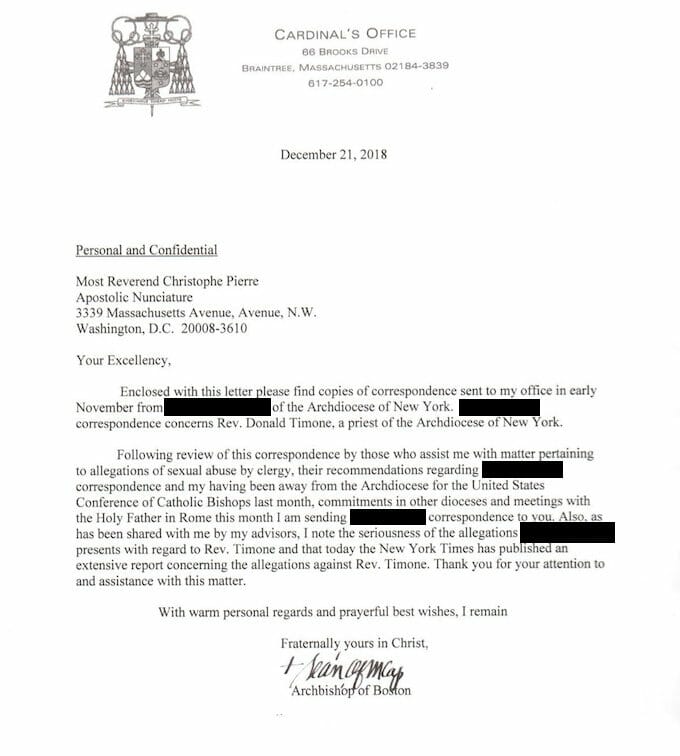 It is an extraordinary turn of events for one cardinal to essentially turn in another cardinal for neglect, and especially with the indirect pointing of a finger regarding sex abuse cover-up — but that is precisely what this amounts to.