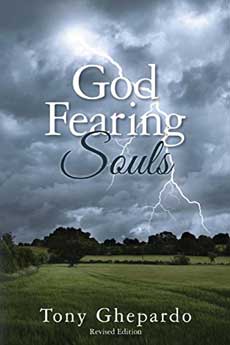 A former seminarian shares his personal experience as a student at the Pontifical seminary in Columbus, Ohio in the mid-1990s.  The age-old battle of good versus evil has infiltrated a system once designed to produce good men for the Catholic priesthood. What is happening today is a perversion of the original intent of the seminary—rife with sexual congress, homosexuals, and scandal—things are not what they once were.  The pontifical seminary directly injects men into positions of weight within the Catholic Church, but a number of these men, destined to be priests, are poised to cause damage from the inside out.  Atheists, agnostics, and immoral men have placed themselves in positions of authority and influence within Catholicism’s most sacred institutions. These evils exist for a dastardly purpose, and it is astonishing.  The belief that these institutions are places of purity and godly thought is a dangerous one, but God-Fearing Souls offers a rare, raw glimpse at scandals and debauchery heretofore untold in an attempt to shine light in dark places. It exposes the ugly truth and illuminates what has been covered up for so long.