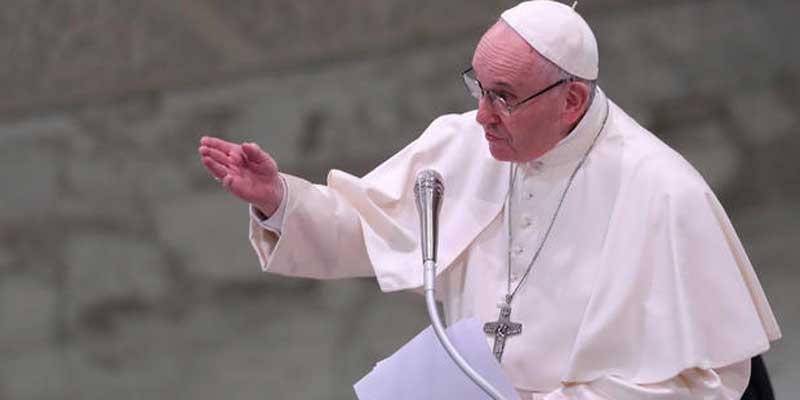 Pope Francis vowed Friday that the Catholic Church will “never again” cover up clergy sex abuse and demanded that priests who have raped and molested children turn themselves in. Francis dedicated his annual Christmas speech to the Vatican bureaucracy to abuse, evidence that a year of devastating revelations of sexual misconduct and cover-up has shaken his papacy and caused a crisis of confidence in the Catholic hierarchy.

Francis acknowledged that the church in the past had failed to treat the problem seriously, blaming leaders who out of inexperience or short-sightedness acted “irresponsibly” by refusing to believe victims. But he vowed that going forward the church would “never again” cover up or dismiss cases.

“Let it be clear that before these abominations the church will spare no effort to do all that is necessary to bring to justice whosoever has committed such crimes,” he said.

Francis urged victims to come forward, thanked the media for giving them a voice and issued a stark warning to abusers: “Convert and hand yourself over to human justice, and prepare for divine justice.”

Francis’ remarks capped a dreadful year for the Catholic Church, one that began with his own botched handling of a sprawling sex abuse scandal in Chile and ended with the U.S. hierarchy in a free-fall of credibility as state prosecutors have begun uncovering decades of cover-up.