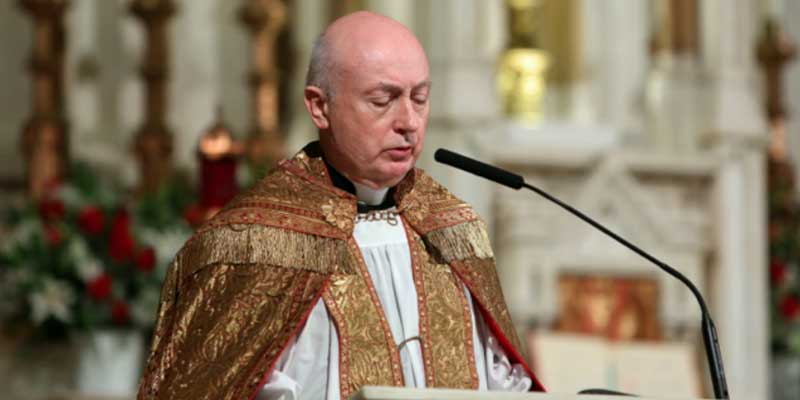 The Vatican has become the equivalent of nuclear catastrophe in terms of its theology, a noted priest scholar said.

Father George Rutler, citing a number of Pope Francis’ statements and acts, including the pope’s recent pronouncements on the death penalty, said the Church’s highest office is diminished when its obligations to the perennial teachings of the fathers are neglected, and the faithful are also “at risk when they are offered confusion and superficiality in place of systematic thought.”

“In short,” Father Rutler said, “the Vatican has become a theological Chernobyl. We are in dangerous territory.”

Since capital punishment relates to natural law, he wrote, rejecting it as fundamentally wrong could affect any part of natural law.

Rutler, a priest of the Archdiocese of New York as well as an author, columnist, andbroadcaster, wrote about Francis’ comments made on Monday to a Delegation of the International Commission Against the Death Penalty in a column for Catholic World Report.

When one reads the pope’s spontaneous remarks on varied topics today, “The quality of reasoning and information of facts is so fugitive, that frustration yields to sheer embarrassment,” he wrote.

Rutler cited for example in lead-up to his discussion of the pope’s death penalty remarks Francis’ comments to youth in Turin in June 2015. The pontiff had gone all over the map in listing concerns to the young people, he said, in an address that Reuters termed “a long, rambling talk about war, trust and politics.”

“While constrained by respect for the Petrine office,” Father Rutler said, “and aware of the strains that imposes, it is distressing to look for a train of thought and find only a train wreck.”