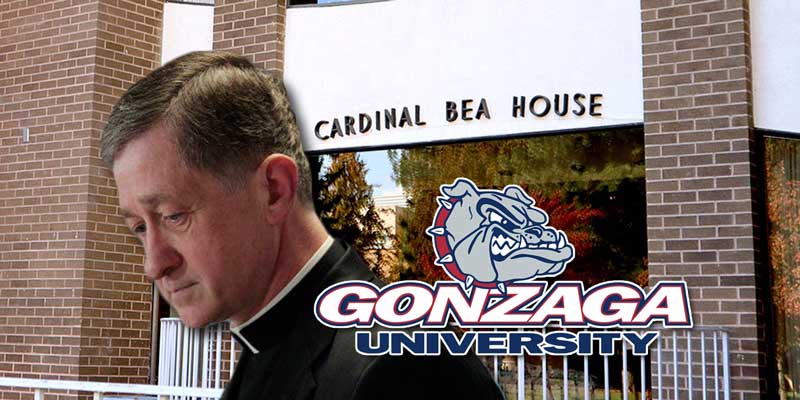 The Diocese of Spokane said Thursday it was unacceptable that Jesuit priests credibly accused of sexual abuse were unsupervised on the campus of Gonzaga University. While Spokane’s current bishop had no knowledge the priests had been living at the university, the diocese said its prior bishop was informed of their presence in 2011.

“The Diocese of Spokane shares the concern of those who are angry and saddened to learn that the Oregon Province of Jesuits—now part of the Jesuits West Province—placed Jesuits credibly accused of sexual abuse at the Cardinal Bea House on Gonzaga University’s campus without informing the Gonzaga community,” a Dec. 20 statement from the diocese read.

“Bishop Thomas Daly—who was installed in 2015—was not informed by the Jesuits or Gonzaga University that these men were living at Cardinal Bea House.”