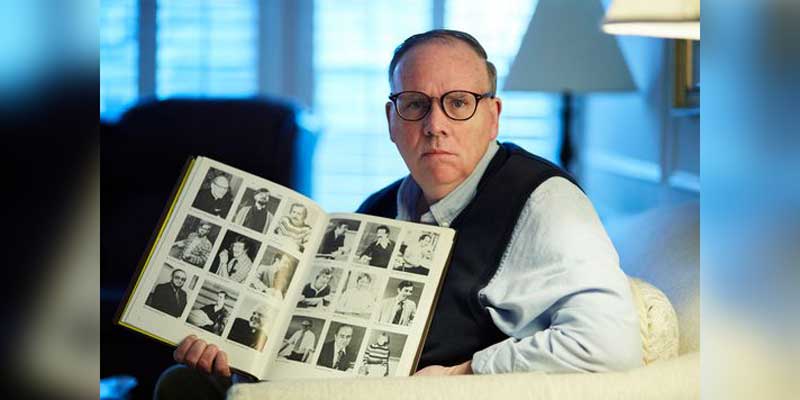 Bill Reidy says he remembers every detail about the office where he was repeatedly raped by the Jesuit priest who served as his academic adviser at Loyola Academy, a private Catholic school just outside Chicago.

A ficus tree in one corner, a desk chair in another. The credenza covered in photos. The door that opened inward and stayed locked.

While other students learned about literature or chemistry, Reidy says, he was called “every single day” into the private quarters of the Rev. Donald J. O’Shaughnessy, a bedroom that doubled as his office. Each meeting ended with the same nauseating ritual, Reidy says.

“He would always make sure he had a soda in his fridge, and he’d give it to me and say, ‘I want you to drink this and get the taste out of your mouth,’ ” says Reidy, 57, who lives in a Chicago suburb. “Then he’d send me back to class.”

Reidy was hurt and confused. Did other students know? Were other priests at Loyola Academy – a school his father insisted on sending him to because he believed a Catholic education was the best education – aware? Were they laughing at him?

On the weekends, when his parents forced him to go to church with his family, Reidy had to sit in an aisle seat, so he could make an immediate exit. When he walked into Mass, Reidy’s palms went sweaty, and his body shook. He says he flashed back to the time he was gang-raped by O’Shaughnessy and other men at Loyola’s school chapel.

He begged his parents to put him back in public school. When they asked why, Reidy always had the same tortured reply: “I can’t tell you.”

Beyond the horror and panic, Reidy was even more terrified at the consequences O’Shaughnessy allegedly threatened.

It’s well documented that the Catholic Church has a sex abuse problem. Since an explosive Boston Globe report in 2002 first detailed repeated abuse by 87 priests who worked in the archdiocese of Boston, 85 dioceses and archdioceses across the USA have released lists of priests who have credible or substantiated accusations against them. Many of those names have only recently been made public. After a damning Pennsylvania grand jury report in August listed more than 300 abusive priests, at least 14 other state attorneys general launched investigations into the church and its handling of sex abuse allegations.

Experts who have studied the Catholic abuse crisis say a glaring omission has come in the form of the Catholic religious orders – Jesuits, Capuchins, Benedictines, Dominicans, Augustinians, Franciscans, etc. – that operate mostly in the shadows.

As tension builds and authorities threaten legal action, religious orders could soon face an unprecedented wave of scrutiny in what might be the next chapter of the scandal that’s rocked the Catholic Church.

Religious order priests make up roughly one-third of all priests in the USA, according to the U.S. Conference of Catholic Bishops. They’re often known best for achievements outside the church. The Jesuits, for example, run some of the most prestigious academic institutions at the collegiate level and some of the most dominant athletic programs in U.S. high schools.

Demand has grown across the country for church leaders to disclose which priests were accused of sexual abuse and how the church responded to each allegation, but religious orders – typically not beholden to a community in the way dioceses are – have been under no such pressure and have shied away from sharing their problems.

Monday, the Midwest and Maryland provinces of the Jesuits – the largest male religious order in the Catholic Church – are likely to release their lists of priests dating back to 1955 who were accused of sexually abusing minors. O’Shaughnessy, the priest who allegedly tormented Reidy, will be named.