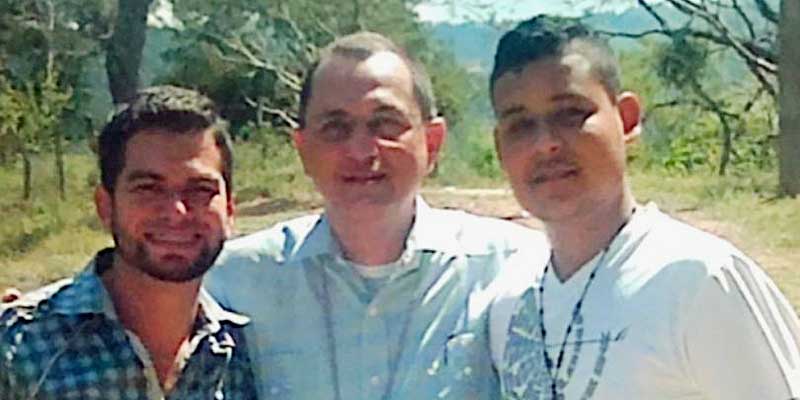 Confidencial HN’s report confirms the accusation that Pineda Fasquelle embezzled approximately 1.2 million USD of government money destined for poor parishes and spent the money on a lavish lifestyle for himself and his homosexual lovers. It also highlights the claim that the wayward auxiliary bishop’s cavorting occurred within sight of Cardinal Rodriguez Maradiaga, who lived on the same property as the bishop.

“To pass beyond the curtains of Villa Iris, the residence of Cardinal Rodríguez, one begins to become aware of the existence of some mutual relationships of convenience” related to homosexuality, the author writes. “According to the testimony offered to the Vatican commission by a protected witness,” Pineda and his accomplices “practiced sexual relations in a way that was disguised but that always left the windows open to curiosity and suspicion.”

The charges are particularly significant for Cardinal Rodriguez Maradiaga, a very close associate of Pope Francis and a member of the pontiff’s elite “Council of Cardinal Advisors.”

Rodriguez Maradiaga is reported to have personally ensured that Pineda could have access to the seminary after he was expelled for homosexual misconduct in 2016. He has also privately denounced a group of 48 seminarians who have made public their complaints of widespread homosexual behavior in the seminary of the Archdiocese of Tegucigalpa, calling them “gossipers” who are seeking to make their fellow seminarians look bad, according to sources who spoke to the National Catholic Register.

Following the initial flurry of accusations, the National Catholic Register’s Edward Pentin reported in August that, despite orders from the Vatican’s Congregation for the Clergy to remove several dozen homosexual seminarians from the seminary, Rodriguez Maradiaga and another bishop had arranged for their accused seminarians to be sent on a year-long assignment at a parish for “pastoral work.”