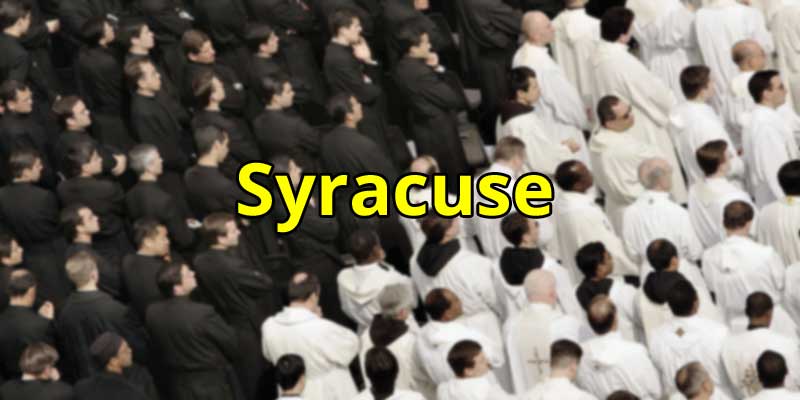 Fifty-seven priests have been named, with credible claims of child sexual abuse against them, by the Syracuse Roman Catholic Diocese Monday morning.

At least eight of the priests listed have ties to the Mohawk Valley in some way.

In all, 19 of the clergy members are still living, and have been removed from the church. There are 38 priests on the list that are deceased. The list includes all priests who have been found with credible allegations of child sexual abuse against them.

This all comes on the heels of the New York state attorney general launching a probe back in September into all eight dioceses in the state, seeking information about whether or not church officials knew about and covered up sexual abuse by clergy.

Syracuse Bishop Robert Cunningham says that the list of names was provided by district attorney office’s from all counties within the diocese, and that there are no active clergy members with a credible allegation of abuse against him.