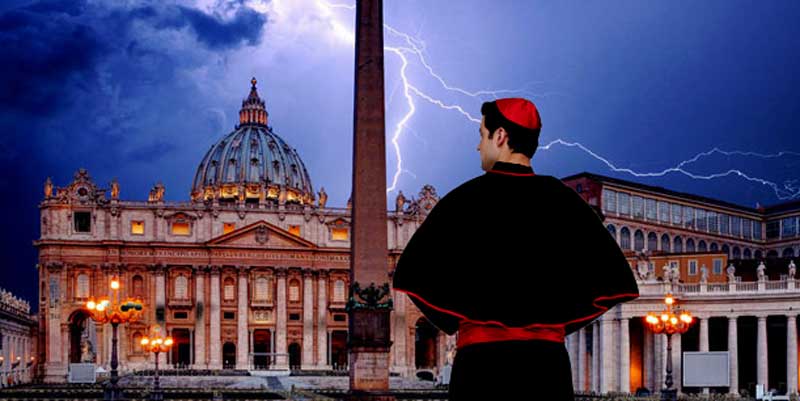 Time is short for concrete actions and authentic reforms. We cannot afford another missed opportunity.

The Holy See announced in September that Pope Francis would focus all of the energies and proposals in dealing with the growing global clergy sex-abuse crisis on one event: the gathering in Rome of the presidents of the world’s episcopal conferences Feb. 21-24, 2019.

The importance of the February summit gained heightened urgency for Catholics in the U.S. after the disastrous meeting of the U.S. Conference of Catholic Bishops last month in Baltimore, as well as the Pope’s Nov. 23 appointment of the February meeting’s four-member organizing committee. Comprising the committee to oversee the logistics and planning are Cardinal Blase Cupich of Chicago, Cardinal Oswald Gracias of Mumbai, India, Archbishop Charles Scicluna of Malta and Jesuit Father Hans Zollner.

What does the choice of the organizing committee mean for the gathering, and, above all, does it reveal a willingness to get to the root causes of the crisis?

Two appointees to the committee, Archbishop Scicluna and Father Zollner, possess formidable reputations in fighting clergy sexual abuse in the Church. For more than a decade, Archbishop Scicluna served in the Congregation for the Doctrine of the Faith (CDF) as its chief figure in investigating and handling abuse cases, and he was just recently brought back into the CDF as its adjunct secretary, while remaining the archbishop of Malta.

In an interview with Vatican Media on the day of the announcement, Father Zollner called the situation a “plague” and a “problem that does not affect a single country and certainly not only Western countries.”

That very international dimension speaks to the appointment of Cardinal Gracias. A member of the Pope’s “council of cardinals,” he has been willing to speak bluntly, as he did during the recent Synod of Bishops on Youth, when he criticized the fact that the concept of synodality appeared inexplicably in the draft document even though it had never been discussed by the bishops themselves. He brings an international perspective to the committee that will be important as the Church contends with abuse in a growing number of places, including Asia.

That leaves the choice of Cardinal Cupich. The Chicago archbishop, a former head of the U.S. bishops’ Committee on Child and Youth Protection, was appointed to his current see by Francis in 2014 and was made a cardinal by him in 2016. Since then he has been hand-picked by the Pope for several high-profile events, including the 2015 synod on the family and the 2018 youth synod.

Cardinal Cupich has emerged — along with Cardinal Joseph Tobin of Newark, New Jersey, and Bishop Robert McElroy of San Diego — as one of the chief unofficial U.S. spokesmen for, and interpreters of, the Francis pontificate. In the midst of the controversy surrounding the silence of Pope Francis in replying to the serious accusations made against the Pope by former papal nuncio Archbishop Carlo Viganò, Cardinal Cupich told NBC 5 Chicago reporter Mary Ann Ahern, “The Pope has a bigger agenda. He’s got to get on with other things — of talking about the environment and protecting migrants and carrying on the work of the Church. We’re not going to go down a rabbit hole on this.” He later apologized for the remark.

He also took a very prominent role in the deliberations at the bishops’ annual fall meeting in Baltimore. The bishops prepared to debate a new “Code of Conduct” for themselves and the proposed creation of a lay-led body to investigate any bishop accused of misconduct.

That was short-circuited by the announcement at the very start of the meeting by Cardinal Daniel DiNardo of Galveston-Houston, the president of the bishops’ conference, that the Holy See — specifically the Vatican’s Congregation for Bishops — had requested that no votes be taken on the proposals for dealing with the current sex-abuse crisis.

The shock that gripped the bishops did not seem to include Cardinal Cupich, who made an immediate intervention from the floor in which he hailed the Pope’s commitment to fighting abuse and then proposed an alternate plan for addressing accused bishops. His stated idea was that metropolitans — archbishops typically of the archdioceses in a region — should be responsible for the investigations into all charges of misconduct or negligence against their suffragan bishops. (See related story on page one.)

In the event that a metropolitan is accused, the senior suffragan bishop would investigate. Catholic News Agency subsequently reported that Cardinal Cupich and the former archbishop of Washington, Cardinal Donald Wuerl, had crafted the new proposal in the months leading to the bishops’ meeting. Cardinal Cupich immediately denied the report.

Nevertheless, the proposal revealed sharp disagreements among the U.S. bishops on going forward and to what degree bishops can police themselves.

Cardinal Cupich was also conspicuous in the meeting several days later in ensuring, with Cardinal Tobin, the defeat of a symbolic proposal that would encourage Pope Francis to release all relevant documentation pertaining to the scandal surrounding disgraced former Cardinal Theodore McCarrick. Barely a week later, Pope Francis named him to the organizing committee for February.