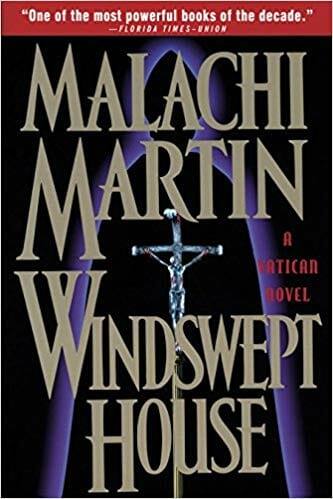 The Cold War has ended. With a scope and daring not possible until now, an unlikely international alliance of top-level political, financial, and religious interests sees the way clear at last to its ultimate goal: the establishment of a single global society. Utopia.

These are men with nothing in common but immense power and a towering ambition for still more. With world unity and prosperity as their slogan–and with betrayal, scandal, and murder as their ready weapons–they have the means and the will to capture as their own the perfect global machinery for their plans: the oldest, wiliest, and most stable political chancery in the world–the Vatican.

At the vortex of this lethal struggle stands the embattled Pope, a geopolitical genius whose elimination is the short-term solution to a long-term goal, and two American brothers, Paul and Christian Gladstone, one a lawyer and the other a priest, who appear to be the perfect pawns. One falls prey to the sharp teeth of greed for power. The other will become one of the Slavic Pontiff’s closest allies…and will discover the darkest secrets at the very heart of papal Rome.

From America to Europe to Russia, in broad landscapes and clandestine corridors, a rich and varied cast–presidents and politicos, simple saints and savvy sinners, popes and pope-makers–clash with one another amid dramatic and sometimes bloody events that will affect the destiny of every person alive today.