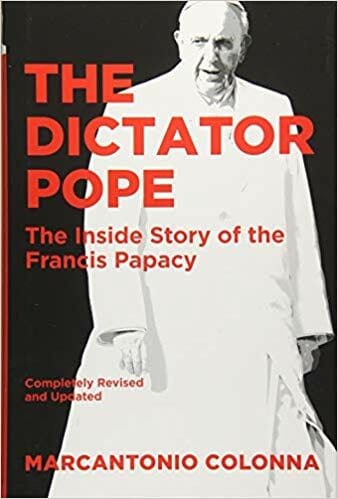 The Dictator Pope by Marcantonio Colonna—pen name of Henry Sire—has rocked Rome and the entire Catholic Church with its portrait of an authoritarian, manipulative, and politically partisan pontiff. Occupying a privileged perch in Rome during the tumultuous first years of Francis’s pontificate, Colonna was privy to the shock, dismay, and even panic that the reckless new pope engendered in the Church’s most loyal and judicious leaders. The Dictator Pope discloses that Father Jorge Bergoglio (the future Pope Francis) was so unsuited for ecclesiastical leadership that the head of his own Jesuit order tried to prevent his appointment as a bishop in Argentina. Behind the benign smile of the “people’s pope” Colonna reveals a ruthless autocrat aggressively asserting the powers of the papacy in pursuit of a radical agenda.