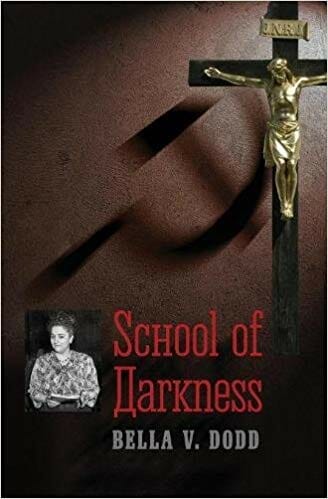 Bella Dodd ranks with Whittaker Chambers as a leading converted communist. Her testimony before investigating committees revealed the extent to which communist infiltration had taken place in America, particularly among teachers in schools and colleges. This record of her life describes how she came to be a member of the Communist Party, the reasons for her gradual disillusionment and final break with the party, and her eventual return to the Catholic Church into which she was born.

Her conversion to Communism was a slow usurpation of the mind by an appeal to love of humanity, a vision of a better society, and wider social justice. In time she became a member of the Party’s National Committee, and was intensely active in combating the Rapp-Coudert investigation of communist teachers, in supporting Loyalist Spain, and in the “united democratic front” maintained during World War II. But she was gradually repelled by the dictatorial methods of the Party and the constant struggle for power. Her divorce from her husband, and her own ill health speeded her estrangement from Party leaders and resulted in her expulsion from the Party in 1949.

Dodd’s re-entrance into the Catholic Church—which as a communist she had so bitterly attacked—was a natural result of her new state of mind. In the early 1950s, she provided detailed explanations of the Communist subversion of the Church, reporting that “in the 1930s we put eleven hundred men into the priesthood in order to destroy the Church from within, [and that] right now they are in the highest places in the Church.” From such positions they were working to bring about change in order to weaken the Church’s effectiveness against Communism. She said further that these changes would be so drastic that “you will not recognize the Catholic Church.”

Bella Dodd’s story is a human document of immense importance to Americans today. Here are the inner workings of the Communist Party in the United States in the early to mid-20th century as seen from the secret counsels and strategy meetings of the National Committee, to which she belonged for a crucial span of years. The climax of the book is a snowy Christmas Eve when Bella finds the reaffirmation of her faith, and is able to say, “I have learned from bitter experience that you cannot serve man unless you first serve God in sincerity and truth.” Not being able to secure her baptismal certificate from Italy after inquiry, she was baptized by Bishop Fulton J. Sheen in St. Patrick’s Cathedral, New York.