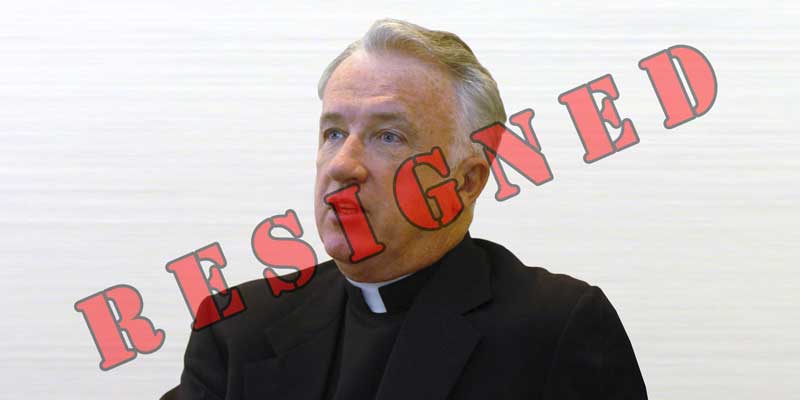 Several Catholic priests “credibly accused” of the sexual abuse of children served in southern West Virginia, according to a list of names the Diocese of Wheeling-Charleston released on Thursday.

The list of 31 priests reaches all corners of West Virginia, dates back to 1950, and includes:

• Bro. Rogers Hannon, who served in Welch at St. Peters from 2001-2012, and War at Christ the King Parish from 2004-2012. He was convicted and sentenced in 2014 to two to 10 years in jail in McDowell County after solicitation of a minor in 2012, according to the Diocese. Abuse was reported to the Chicago Province of the Society of the Divine Word.

• Rev. Robert J. Rooney, who served in White Sulphur Springs at St. Charles Borromeo, Ronceverte at St. Catherine, Beckley at St. Francis de Sales, Coalton at St. Patrick, War at Christ the King, and several other communities in West Virginia throughout the 1950s-70s. He took a leave of absence in 1977. An incident of abuse was reported to church officials in 1962. In 2010, he was accused of abuse in New Jersey, during the 1964-1967 period, when he was also on a leave of absence. Authorities investigated but no conviction is listed. He died in 1994.

• Rev. Paul J. Schwarten, who served in Ronceverte and White Sulphur Springs in the early 1950s, and later served in several other West Virginia communities. A complaint about abuse of a minor was registered against him with church officials in 1951, which is approximately the time he was serving in White Sulphur Springs. He later served 18 months jail time for inappropriate touching of a minor in Nebraska in 1960, only to go on and be accused in 1981 by abuse against another minor in 1975 or 1976, during which time he was in Sistersville and St. Marys. He died in 1995.

The Diocese’s list dates back to 1950 because that is “the period for which there are reasonably reliable files,” according to a news release.

“We hope the release of this list,” said Archbishop William E. Lori, Apostolic Administrator for the Diocese of Wheeling-Charleston, “will be one of many steps taken to restore trust with parishioners and the broader community in West Virginia.”

The Diocese defined a “credible” accusation as one in which “there is reasonable cause to believe that an offense has occurred considering all factors — time, place, age of the parties, background and history available, personnel files, and any other pertinent facts.” They defined not credible as “an accusation which, after review by law enforcement and/or other civil, lay, and church officials, was not supported by evidence or there is no reasonable probability that the accused committed sexual abuse of a child.”

The Diocese said some of the allegations included conduct that would not be considered a crime under the law but are still considered violations of its sexual abuse charter.

Catholic officials said they developed the list with help from an outside lawyer. They said it was reviewed by the Diocesan Lay Review Board, which includes volunteers with professional experience in child and adolescent health care, the treatment of abuse survivors, and human resources.

Bishop Michael Bransfield resigned from the Diocese of Wheeling-Charleston in September, after allegations he had sexually harassed adults. Lori, the archbishop from Baltimore, temporarily took over.

Read more at the Register Herald