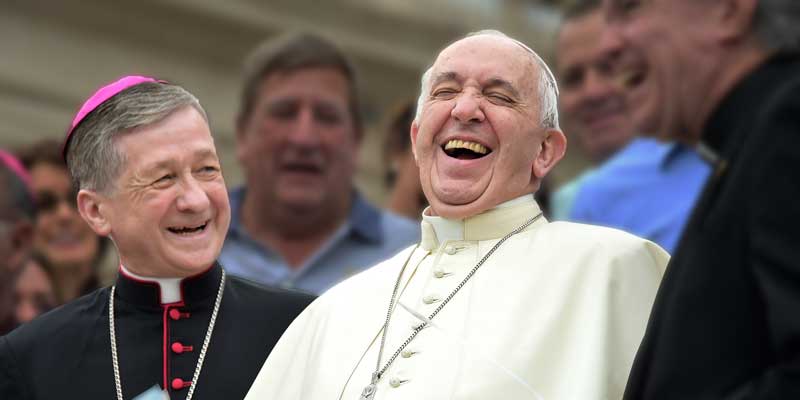 The Jesuit America magazine lands an exclusive interview with Archbishop Charles Scicluna, who is one of four organizers Pope Francis named to sort out the February 2019 global meeting about clerical sex abuse. Excerpt:

While acknowledging that it is only four days long (Feb. 21-24) and “is certainly not going to solve everything,” Archbishop Scicluna emphasized that “it is a very important start of a global process which will take quite some time to perfect.” As a result of this process he hopes that “a number of initiatives on a continental level will start to happen that will re-create the atmosphere of resolve, determination but also purpose which I hope will mark the Rome meeting,” and will help “to address the issues in a different number of cultures, that have their own restraints, their own important positive aspects but also deficits that have to be discussed on a continental but also local level.”

So all those times in the past, when we’ve been told that the all-out response was underway, it actually hadn’t even begun?

It is entirely unsurprising that Phil Lawler, who has been writing about this issue for many years, doesn’t trust the church’s leadership. Read his latest book about the scandal to be up to date on what’s happening, and the stakes for the Catholic Church.

You know which word does not appear in the America interview with Scicluna? Homosexuality. If the bishops and others who gather in Rome in February do not talk about that aspect of the scandal openly and meaningfully, with as much seriousness as they discuss clericalism, you will know that they are not serious about reform. Count on it.

This just in from the National Catholic Register:

Some of the seminarians and transitional deacons at the center of an investigation into homosexual behavior and activity at a small Catholic seminary in Connecticut apparently were ordained to the priesthood for the Archdiocese of Hartford and the Diocese of Paterson, New Jersey — despite the revelations outlined in a six-year-old report obtained by the Register.

According to the 2012 report’s disturbing conclusions, the homosexual activity at Holy Apostles took place in the context of a much wider homosexual network that spanned a number of U.S. dioceses as well as some foreign countries. The network reportedly involved homosexual activity between seminarians, transitional deacons and visiting priests serving elsewhere.