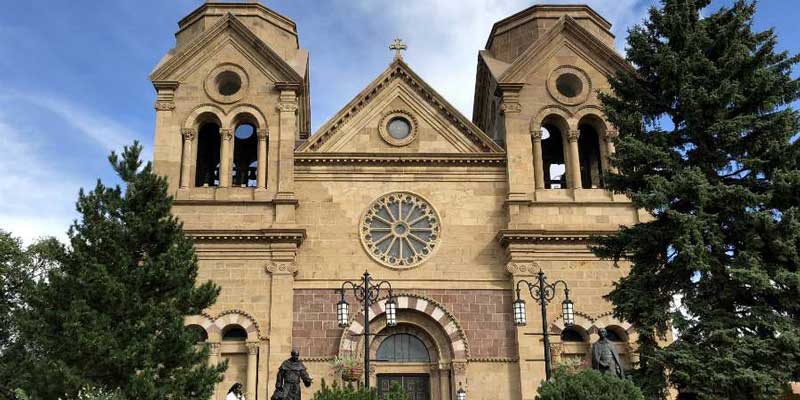 The Archdiocese of Santa Fe announced Thursday it will file for Chapter 11 bankruptcy reorganization.

At a press conference Nov. 29, Archbishop John Wester said that filing for bankruptcy is an equitable way to meet its responsibility to sexual abuse victims.

Wester said there are between 35-40 active claims against the archdiocese, which is comprised of more than 300,000 Catholics in northwestern New Mexico.

The announcement came the day after New Mexico’s attorney general executed a search warrant on the archdiocesan chancery office in Albuquerque. The attorney general was seeking files related to two priests accused of sexual abuse, Marvin Archuleta and Sabine Griego.

Archuleta was named on a list published by the archdiocese last year of priests credibly accused of sexual abuse. According to the Albuquerque Journal, a lawsuit settled in 1994 accused the priest of sexually abusing a teenage boy in 1994.

Griego was forbidden in 1993 from priestly ministry, and laicized by the Vatican in 2005 at the request of Archbishop Michael Sheehan, who then led the Sante Fe archdiocese. Griego is alleged to have abused at least 32 children, KOB News reported.