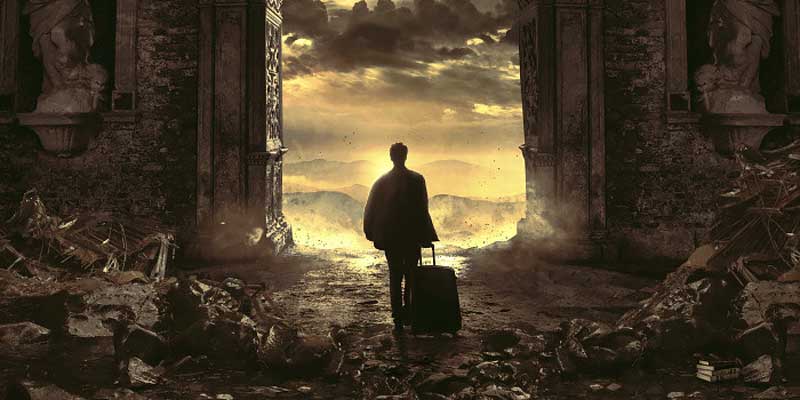 In the Liturgy of the Hours this week, we read a remarkable attributed to St. Macarius, a bishop of the early Church. I marvel at its vivid imagery, and yet at the same time, questions arise in my mind as to the general application of the text. In effect, the text states that if the soul does not have Christ living within, it falls into utter disrepair and a contemptible state.

Allow me to have Bishop Macarius speak for himself, after which I would like to pose a few questions.

When a house has no master living in it, it becomes dark, vile and contemptible, choked with filth and disgusting refuse. So too is a soul which has lost its master, who once rejoiced there with his angels. This soul is darkened with sin, its desires are degraded, and it knows nothing but shame.

Woe to the path that is not walked on, or along which the voices of men are not heard, for then it becomes the haunt of wild animals. Woe to the soul if the Lord does not walk within it to banish with his voice the spiritual beasts of sin. Woe to the house where no master dwells, to the field where no farmer works, to the pilotless ship, storm-tossed and sinking. Woe to the soul without Christ as its true pilot; drifting in the darkness, buffeted by the waves of passion, storm-tossed at the mercy of evil spirits, its end is destruction. Woe to the soul that does not have Christ to cultivate it with care to produce the good fruit of the Holy Spirit. Left to itself, it is choked with thorns and thistles; instead of fruit it produces only what is fit for burning. Woe to the soul that does not have Christ dwelling in it; deserted and foul with the filth of the passions, it becomes a haven for all the vices (St. Macarius, bishop, Hom. 28: pp. 34, 710-711).

This is a remarkably vivid, creative description of the soul without Christ, of one who has turned aside from the faith. To be sure, St. Macarius speaks in a general way. Each person’s personal journey will be affected by many factors: how absolute his rejection of the faith is, how influenced he is for better or worse by the people and culture around him, how operative he has allowed their natural virtues to be, and so forth. Hence, we ought not to simplify the lives of unbelievers. They come in many forms and degrees.

If we apply St. Macarius’ teaching to the sexual scandal currently rocking the Church worldwide, we can note that one of the causes rightly assigned to it is a loss of faith. How is it possible for a man who once consecrated himself to God and who daily celebrates the sacred mysteries of the sacraments to so violate the Sixth Commandment and his promise of celibacy? In many cases this is not a one-time fall in weakness but a repeated action. How can a cleric live such a double life? Somewhere this man has lost the faith, either substantially or totally. As his sinful notions harden and his rationalizations grow, surely his soul darkens. As Macarius notes, the Holy Spirit cannot bring forth fruits in a soul in which mortal sin goes on unconfessed, and woe to the soul no longer indwelled by Christ. The filth of sin and the darkness of denial grow ever worse. This is why we must pray for the conversion of sinners: O My Jesus, forgive us our sins, save us from the fires of hell, especially those in most need of thy mercy.

Read more at Community in Mission