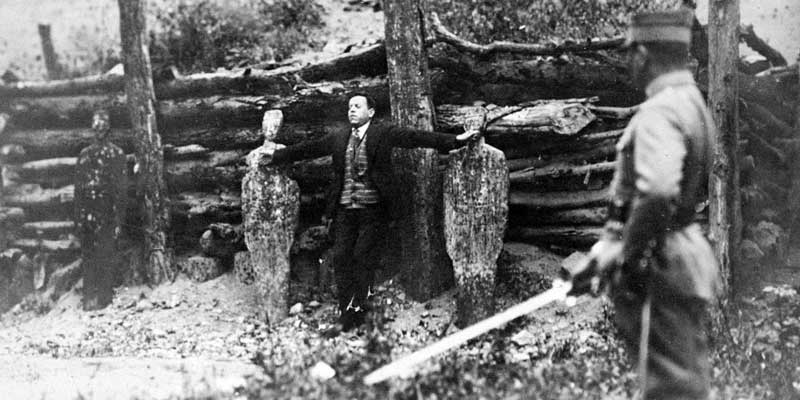 Let there be fulfilled in us the Scripture that says, “Even the anger of man will serve to praise you, O Lord” (Psalm 76:10)

Many today rightly speak of the need for courage in the midst of the current sexual abuse scandal and its coverup. It does indeed take courage to speak out and engage in the awkward task of insisting on accountability and reform from our bishops and the Pope, whom we have been taught to revere and respect. There are potential dangers, especially for clergy and lay leaders in the Church, who may risk sanctions of some sort for speaking up. (Thankfully, most bishops have been tolerant of the airing of grievances and calls for reform.) There are also consequences for speaking out that are more irksome than dangerous, such as being labeled divisive, negative, unjust or a scandal-monger.

While courage would be the more common way to describe what is needed, I would argue that the more traditional term “fortitude” may be a more accurate description of what will be required to ensure this crisis is addressed credibly and in a lasting manner. Courage is a part of fortitude, but as a cardinal virtue and especially as a gift of the Holy Spirit, fortitude has other important aspects.

The cardinal virtue of fortitude enables us to withstand even great difficulties that hinder us from attaining our goal; a chief feature is being able to see an act or decision through to the end, despite obstacles. So it is more than being brave or courageous in the face of danger or sallying forth into battle; it is also being steadfast in the face of difficulty and enduring without sadness or loss of faith. Fortitude’s loftiest expression is prudently facing down danger and even death, but it is operative at levels short of mortal danger as well. The most common act of fortitude is enduring in order to see a thing through despite obstacles, hardships, persecution and other difficulties.

St. Thomas lists four “parts” of fortitude in his Summa Theologiae (II, IIae, qq. 123-140), and all of them are important as we seek to remain steadfast in insisting on reform and accountability that is credible and substantial. I would like to list each of the four parts and relate them to the current sexual abuse crisis.

This word literally means “large-minded” and refers to pondering great things such that one is inspired to yearn for or pursue them. Magnanimity helps us to comprehend things that are great, honorable, virtuous and worthwhile. By it, we lay hold of a kind of vision for achieving our goals; we are inspired to reach for them and are willing to endure difficulties and obstacles to attain them.

The current crisis in the Church is of a sexual nature. Many have sought to portray it as a result of some vaguely-defined “clericalism” or the abuse of power, but in the main it is a consequence of sexual sin largely rooted in a homosexual subculture within the Church’s hierarchy. The sexual abuse of anyone—male or female; adult, teenager, or child—is reprehensible and a grave violation of the chastity required by the Sixth Commandment. It is also a sacrilege because it dishonors the holy priesthood and the beauty of vowed celibacy. Perhaps the greatest sadness is not that some clergy have fallen but that others have made light of sexual sin in their ranks. Some overlooked it; some minimized it; some even winked at it and covered it up.

Magnanimity would have us ponder the beauty of chastity and yearn for it. We live in times in which many scoff at the idea of chastity, considering it all but impossible, even inhuman. Magnanimity lays hold of the beauty of chastity and desires it for everyone, even our very self. It is a holy vision that inspires us to live it and to see it lived and honored by all. We once esteemed our clergy for their holy example of celibate chastity. There are many of us who still do esteem it and magnanimously seek to rekindle the honor due this holy state.

The victims of the sexual abuse crisis have been harmed tremendously and the faithful have been scandalized. Scripture says, He who winks at a fault causes trouble, but one who frankly reproves promotes peace (Proverbs 10:10). Our vision of chastity’s beauty inspires us to speak out and to summon others anew to our appreciation of celibate chastity. We do this by positive affirmation of the virtue but also by expressing sorrow and righteous anger that some have not insisted on chaste discipline for themselves or others in the clergy. The aspect of fortitude called magnanimity provides a vision that stirs us to do this on behalf of the holiness of the Church and the clergy.

This word literally means doing great things (magnus (great) + facere [to do]). With magnanimity we consider great, virtuous, and honorable things to pursue; with magnificence we set about accomplishing them, overcoming difficulties and making sacrifices to do so.

With this aspect of fortitude, we go to work to accomplish the vision that inspires us. There is a danger in this current crisis, or in any great matter, that we simply get angry or become discouraged; we complain but do little or nothing other than talk about what others should do.

In the current crisis many feel powerless to do anything, but this thinking must be resisted. We must keep this on the bishops’ radar. Continue to write to them, calling on them to apply consistent pressure on the Holy See and the Pope to adjudicate this matter credibly, justly, and effectively. Write also to your papal nuncio (Archbishop Christophe Pierre is the papal nuncio to the U.S.) with the same goal. Add your name to petitions that are circulating. Pray, and consider engaging in some form of fasting or abstinence during advent. Consistently call the Church and her clergy to the greatness and beauty of holiness.

The “magnificence” of fortitude summons us to act despite sacrifices of time or lawful pleasures and to withstand being labeled as negative, accusatory, and so forth.