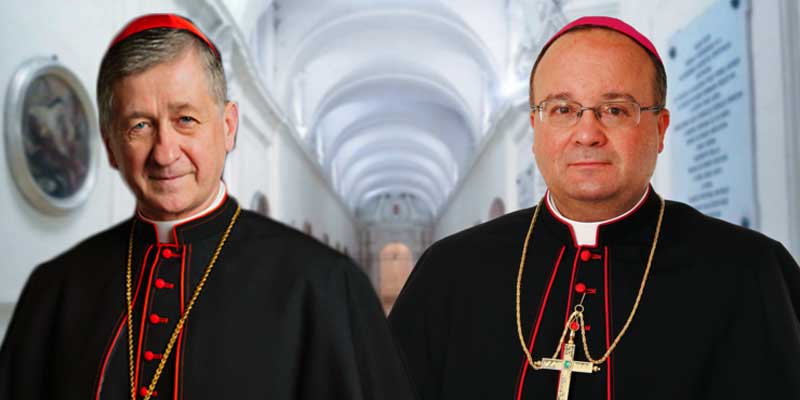 Throughout recent interviews, both Cardinal Cupich and Archbishop Scicluna convey a persistent attitude of denial regarding the role of the bishops in the ongoing crisis.

Two significant interviews dropped late last week, in which key figures in the organization of the upcoming meeting of the heads of the world’s bishops’ conferences on the theme of child protection gave their views of the gathering, its scope, and their hopes for its outcomes. Cardinal Blase Cupich of Chicago spoke with Crux, while Archbishop Charles Scicluna of Malta — recently named adjunct secretary to the Congregation for the Doctrine of the Faith — spoke with America.

Both sets of remarks are revealing, and merit close attention.

Both men hit all the talking points. “In addition to [its] being a crime,” Cardinal Cupich told Crux, “sexual abuse of minors by clerics is about the corruption of our ministry.” Archbishop Scicluna told America, “[S]exual abuse of minors is not only an egregious phenomenon in itself and a crime, but it is also a very grave symptom of something deeper, which is actually a crisis in the way we approach ministry.” Scicluna went on to say, “Some call it clericalism, others call it a perversion of the ministry.”

The problem is also global. “[T]his is a global issue, it is not a case of geographical or cultural criteria, rather it is a global issue which the church would want to approach with a united front, with respect for the different cultures but with a united resolve and with people being on the same page on it,” Archbishop Scicluna said. “It’s important to note that by calling a global meeting he understands this to be a global issue, and he wants to reinforce our shared commitment as a church to establishing responsiveness, accountability, and transparency,” offered Cardinal Cupich.

Pope Francis understands the problem, too. “Time and again he has shown that he sees the protection of children and the accompaniment of those who have been harmed as a priority of the whole people of God and central to our mission,” said Cardinal Cupich. “[H]e realizes that this issue,” i.e. clergy sexual abuse of minors, “has to be top on the Church’s agenda,” offered Archbishop Scicluna.

They were also careful to manage expectations. “[T]his meeting has to be understood as part of a long-term commitment to reform, realizing that one meeting will not solve every issue,” said Cardinal Cupich. “[I]t is a very important start of a global process which will take quite some time to perfect,” offered Scicluna.

The approach to the “phenomenon” will be at once universal, and culture-appropriate, hence active at different levels of the Church. “[A] number of initiatives on a continental level will start to happen that will re-create the atmosphere of resolve, determination but also purpose which I hope will mark the Rome meeting,” said Archbishop Scicluna, all in order, “to address the issues in a different number of cultures, that have their own restraints, their own important positive aspects but also deficits that have to be discussed on a continental but also local level.” Cardinal Cupich offered, “Of course, assuring [mistakes] are not repeated will require all levels of the Church to take responsibility – local, regional, national, and universal.”

Note also the mention of specific initiatives. Archbishop Scicluna more than hinted at what some of them might be. “[A] stronger role for the metropolitan bishops,” was one — something for which Cardinal Cupich has advocated in separata sede and to which he strongly alluded in his remarks quoted above. “[A] bigger role for the victims in canonical penal processes,” was another Archbishop Scicluna named, though he demurred on whether there would be any changes in these directions as a direct result of the February meeting.

Conspicuously absent from the conversation of both men, was any address of the secrecy of canonical process, for either priests or bishops accused of abuse, coverup, negligence, or other involvement in criminal activity. Throughout both Cardinal Cupich’s and Archbishop Scicluna’s remarks, there is discernible a persistent attitude of denial regarding the role of the bishops in the ongoing crisis.