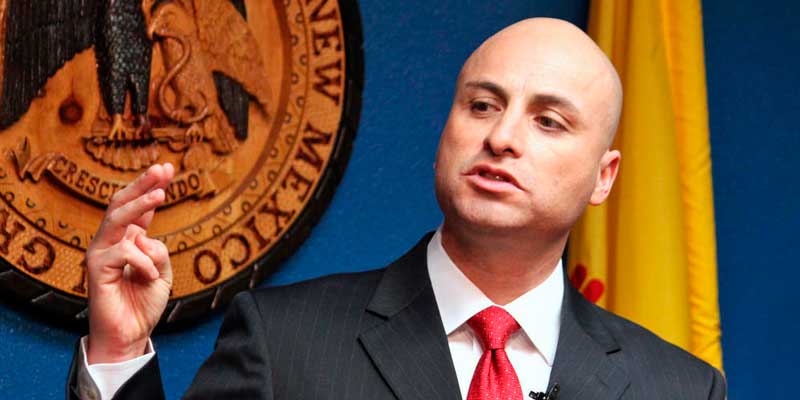 Agents from the New Mexico Attorney General’s Office served a search warrant Wednesday on the Archdiocese of Santa Fe as the state’s top prosecutor seeks piles of documents from the Roman Catholic Church as part of an investigation into sexual abuse.

Though the archdiocese has insisted it is cooperating in the probe, Attorney General Hector Balderas said in a letter Wednesday that its lawyers’ primary goal seemed to be delaying and creating barriers.

Balderas asked the archdiocese in September to turn over records ranging from personnel files to financial documents.

His office confirmed it has received some records.

But letters between Balderas and the archdiocese’s lawyers point to a disagreement over a layer of confidentiality that covers certain documents investigators are seeking.

Over years of lawsuits against the archdiocese, courts have entered confidentiality orders protecting those documents.

Lawyers for the archdiocese said the attorney general’s demand was “extremely overbroad” and baseless but that they agreed in principle to turn over documents as well as reach an agreement on how to handle files covered by the confidentiality orders.

Balderas suggested the archdiocese’s proposals would unreasonably restrict his office in conducting its investigation.