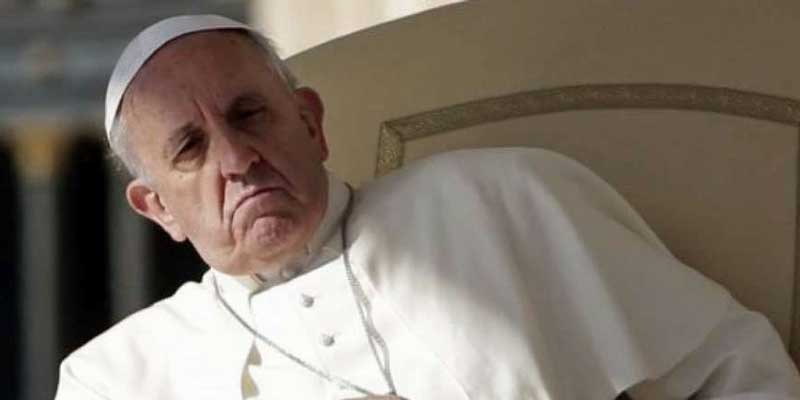 The annual Fall Meeting of the United States Conference of Catholic Bishops (USCCB), which took place in Baltimore earlier this week, was a disappointment on many levels. Yet there were also moments of light and strength coming from a good number of bishops. They spoke with clarity, acknowledging the seriousness of the crisis both in terms of the need to bring some semblance of justice to the victims and of the faltering credibility of the Church. Some even made the forbidden connection of the crisis to active homosexuals in the priesthood. Still others lamented the collective silence on sexual morality, wondering how many bishops and clergy do not believe what the Church teaches. (The interventions of these courageous bishops were reported in detail in the National Catholic Register here and here.)

Lamentably, the vote to encourage the Holy See to release all documents related to former Cardinal McCarrick’s alleged misconduct did not pass. The debate seemed to center on canonical issues and even wordsmithing. Nonetheless, the fact that more than 80 bishops were willing to issue even a mild-mannered insistence to Rome shows that many are finding a voice that is willing to confront when and where necessary.

The greatest disappointment was Pope Francis’ decision to suppress any vote or action on the abuse scandals by the U.S. bishops. Some bishops remarked that this decision indicates that Rome is serious about reform—a gratuitous claim. To many if not most of the faithful from whom I regularly hear, this seems yet another sad example of intransigence from Rome and the Pope. There is an almost complete tone-deafness in Rome; there seems to be bewilderment as to why these American “conservatives” are so worked up. Even worse, it appears that there is intentional resistance, obfuscation, and outright refusal to grant the legitimate requests of God’s faithful for a full and prompt investigation. These requests by the faithful are intended to ensure that tolerance of sin, violations of chastity, and clerical malfeasance will end. Victims deserve a prompt and thorough investigation and the faithful are right to insist that their clergy live up to the vows they take and observe the Sixth Commandment.

To most Catholics, the Pope’s actions and seeming resistance place the ownership of the scandal squarely in his court; he has increasingly become the face of the scandal. This is due to the credible accusations that he knew of former Cardinal McCarrick’s predatory behavior but even more so to the fact that he has steadfastly refused even to respond to the charges. He could deny them, but he does not. Even if he were to say, “I made a serious error in judgment and I ask the mercy and forgiveness of God’s people,” many people would do so, even if with sadness. Instead, the Pope has declared that he will “not say one word on this.” Even worse, he subsequently referred to those who have asked for answers and investigations as “a pack of wild dogs,” “scandal-mongers,” and “those in league with the Great Accuser.” This is no way to treat God’s faithful; it makes him seem more of a besieged and angry potentate than a shepherd who “has the smell of the sheep.” There is a lot of talk about mercy and accompaniment, but the Pope’s actions, including the recent suppression of the USCCB’s planned vote and actions on the sexual abuse crisis, demonstrate that such terms will be very selectively applied.

Indeed, the response of the Pope to the situation in the U.S. seems eerily familiar to his treatment of the people of Chile: Pope Francis deeply offended abuse survivors by defending Chilean Bishop Juan Barros from what he called the “calumny” and “gossip” of victims of clerical sexual abuse, stubbornly backing his appointment as bishop despite widespread advice to remove it. He even called the Chileans who protested Barros’ appointment “dumb.” So detrimental was this stubbornness, dismissiveness,and unkindness to basic credibility that even some of Pope Francis’ closest associates, including Cardinal Seán O’Malley of Boston, distanced themselves from him. Only when his hand was forced by strong protests and by actions of the Chilean government did Pope Francis alter his stance and finally remove Barros, later issuing an apology.

Americans, both clergy and lay, may well have to learn that it could take strong protest to move this pope to reconsider his seemingly dismissive stance regarding our concerns. While there were some early promises of an investigation and a canonical trial of Archbishop McCarrick, nothing seems to have materialized, and the Pope’s suppression of the planned votes and actions of the USCCB seems to indicate that it he does not consider it a high priority.

It also does not help that many of Pope Francis’ closest advisors are themselves caught up in this worldwide scandal and have at best exhibited poor judgment. For example, Cardinal Óscar Rodríguez Maradiaga (from Honduras) is seen as highly connected to homosexual and financial improprieties there; more than forty seminarians in his diocese published a letter asking him to root out the homosexual network in his seminary. Cardinal Rodríguez is Pope Francis’ chief advisor, the head of his “Council of Nine,” which works closely with him in bringing about reform in Rome.

Yet another associate of Francis’ in the “Council of Nine,” Chilean Cardinal Francisco Javier Errázuriz Ossa, has stepped down to face legal charges of covering up for abusive priests.

My point here is not to recount every detail but rather to point out that Pope Francis, who was himself tasked by the last conclave with rooting out abuse and corruption, has tended to surround himself with men who are at the very heart of the scandals rocking the Church throughout the world. His credibility as a reformer who will root out scandal and insist upon accountability is nearly nonexistent; the scandal in the United States has landed firmly on his desk as a result of his own behavior. He has said to American Catholics and to our bishops, in effect, “Let me and the Holy See handle this.”

I am not confident that we will see anything close to a full inquiry or a clear adjudication of this matter in Rome. Too many there are implicated and compromised to be able to carry out a clear and forceful investigation. The testimonies of Archbishop Viganò have substantially withstood scrutiny: former Cardinal McCarrick’s misdeeds were known and ignored despite previous sanctions. However, there just seems to be little importance attached to any of this in Rome.

I cannot say strongly enough how uncomfortable it makes me to be detailing all this. Every faithful Catholic—and certainly every priest—has an instinct to support the Pope and our bishops, but this worldwide scandal has forced many of us to speak out. Just like the people of Chile, we are going to have to speak even more forcefully and persistently, focusing much of our attention now on Rome and the Pope. It will feel awkward, and we must be careful in what we say and how we say it, in what we insist upon and how we go about it.

I pray that the bishops who spoke out so courageously at the USCCB meeting will continue to do so and will also direct clear and forceful appeals to Rome and to the Holy Father. Demands for a full and credible investigation and a canonical trial of former Cardinal McCarrick are not out of place or unreasonable. Bishops are not acolytes of the Pope and their dioceses are not mere franchises of the Diocese of Rome. I pray that they will raise their rightful voices as shepherds seeking to protect their flock. May they have the courage to insist, not just request, actions that they deem necessary for the protection of God’s faithful and for a restoration of credibility. Restoration will take time, but God’s faithful deserve to see their bishops fighting for them and will respond well when they do. My intent here is not to bait the bishops; each must prudently consider how best to respond to this crisis. It is clear, however, that they are going to have to show a strong resolve to move Roman officials and the Pope toward the kind of actions the faithful deserve.

As for God’s faithful, pray for your bishop. If he has spoken well and strongly, encourage and support him. If he has been silent, challenge him with love. Find your own voice, too. It may feel awkward to speak forcefully and with concern toward the Holy Father, but it seems that this will be necessary. By his own actions, he has become the face of this crisis, indicating that he wants to be the one to handle it. Our focus, prayers, and insistence must now be directed toward him. Practically speaking, I would advise you to write to the Papal Nuncio in Washington D.C., Archbishop Christophe Pierre. Keep your letter brief, but be clear in stating your concerns and in insisting on the actions that the Holy See must take to begin restoring credibility; ask the good archbishop to forward your concerns to the Holy Father.

Finally, there are some in Rome and even among our own bishops and priests in the U.S. who still see this crisis as a mere tempest in a teapot, largely stirred up by “right-wing” bloggers and Catholics who simply “don’t like” Pope Francis. I know of no one from any sector of the Church who is not heartbroken about this, while also angry and insistent upon reform. This is not a storm created in the “blogosphere.” Every day I am approached by parishioners and contacted by people from all over: young adults in our Bible study and pre-Cana programs, older Catholics in our Sodality and Knights of Columbus, catechists, staff members, long-time Catholics, recent converts, attendees at Sunday Mass, daily communicants, and those frequenting Eucharistic Adoration. They are all concerned; they are on the receiving end of questions themselves from family and friends: “What’s wrong with your Church?” They are dismayed; they are deeply concerned for the Church they still love. These are the people still in our pews, who did not leave during the cultural downslide and have supported the Church through thick and thin. These are the people who look to us. No clergyman should demonize them; they have been too good to us for us to write them off as some fringe element. They are good Catholics and are looking to us for clear teaching, for some return of the love and loyalty they have shown us through the most difficult decades of the cultural and sexual revolutions. They have been exceedingly patient with us. This is no time to be dismissive; this is a time to listen and work together with God’s good people for reform and a new springtime of faith in the Church and in the world. Somebody say, “Amen!”

From the National Catholic Register