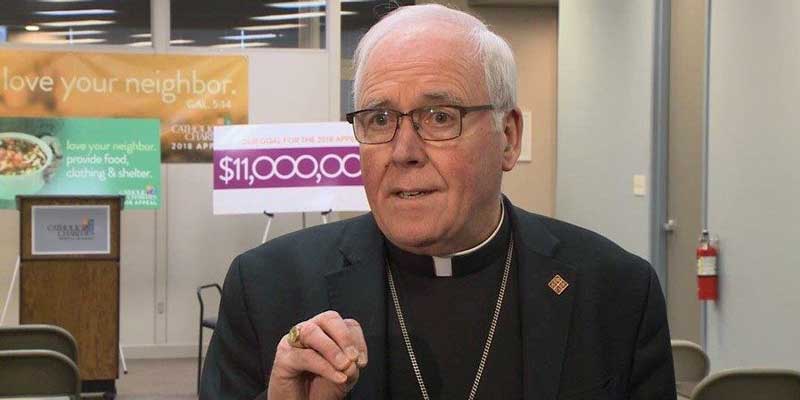 We wanted to go back to the good old days, the happy time, when ignorance was bliss and Father could be trusted and the Bishop was a smiling cipher. What we have is Bishop Richard Malone.

US Attorneys contacted the diocese of Buffalo, NY, in late May, to inform officials of their interest in documents related to abuse reports after 1990 and therefore susceptible of prosecution under federal criminal statutes. Terrence M. Connors, attorney for the Diocese of Buffalo, clarified the chronological point in remarks to reporters during a press conference at Infant of Prague parish, Cheektowaga, on Monday evening.

Charlie Specht, the chief investigative reporter for Buffalo’s ABC affiliate, WKBW, first reported the May date in mid-October, but this is the first time any agent or official of the Buffalo diocese has publicly confirmed the report.

The point of chronology is significant, since it means the news regarding federal criminal probes that has been coming in cascade since October is not, in fact, merely a response to the Pennsylvania Grand Jury Report. It gives the lie to narrative presumptions of reaction on the part of opportunistic prosecutors eager to strike while the iron is hot.

US attorneys wrote to the US Conference of Catholic Bishops in early October to instruct the Conference to advise chanceries throughout the country to keep their files, and not to destroy them. Nevertheless, this reckoning is a long time coming.

We should have known it would come to this. The writing was on the wall in 2002, when the bishops gave themselves a pass. The vote to change the language of the Dallas Charter for the Protection of Children and Young People so it exempted bishops was a sign in flaming letters: Mene, Mene, Tekel, Upharsin. If the judgment was meant for the bishops, the message was written for us, the laity, as well.

We did not see the words written. We did not want to. We wanted normal.