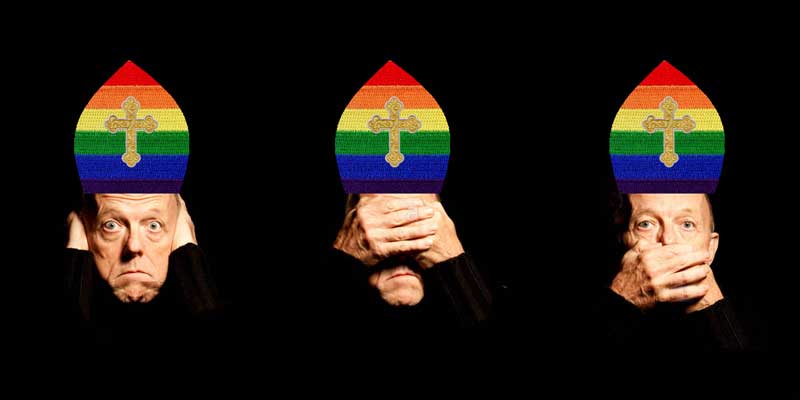 After years in decline, Catholic clergy sex abuse could be on the rise again, warns a professor-priest’s analysis of relevant data.

The professor’s report sees a rising trend in abuse, and argues that the evidence strongly suggests links between sexual abuse of minors and two factors: a disproportionate number of homosexual clergy, and the manifestation of a “homosexual subculture” in seminaries.

“The thing we’ve been told about the sex abuse is that it is somehow very rare and declined to almost nothing today is really not true,” Father D. Paul Sullins, a Catholic priest and retired Catholic University of America sociology professor, told a Nov. 2 press conference.

“I found that clergy sex abuse did drop to almost nothing after 2002, but then it started to creep up,” he continued. “It’s been increasing. And there are signs that the bishops or the dioceses have gotten complacent about that.”

“It’s not at the great heights that it was in the mid-1970s, but it’s rising. And it’s headed in that direction,” he added.

Clergy sex abuse incidence is today about one third as common as in the late 1980s. While sex abuse by clergy is “much lower” than 30 years ago, it has not declined “as much as is commonly thought.” Most of the decline since the 1990s is consistent with “a similar general decline in child sex abuse in America since that time,” Sullins’ report said.

The decline is not necessarily related to measures taken by the U.S. bishops. Sullins told the press conference he saw no link between a decline in abuse and the implementation of the U.S. bishops’ 2002 Charter for the Protection of Children and Young Adults.

“Recent experience calls into question whether the current understanding of the nature of the abuse and how to reduce it is accurate or sufficient,” said Sullins in his report.

Efforts to address clergy abuse must acknowledge both “the recent increase of abuse amid growing complacency” and the “very strong probability” that the surge in abuse in past and present is “a product, at least in part, of the past surge and present concentration of homosexual men in the Catholic priesthood.”