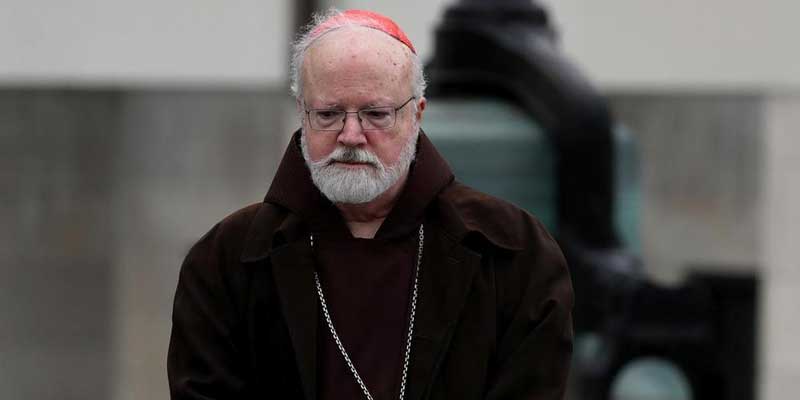 On Aug. 16, 2018, Cardinal Sean O’Malley issued a statement responding to the Pennsylvania grand jury report about the cover-up of decades-long sexual abuse by priests in that state. Attempting to offer some assurance to beleaguered Catholics, O’Malley stated: “The clock is ticking for all of us in Church leadership. Catholics have lost patience with us and civil society has lost confidence in us.”

He further urged “a spiritual conversion” within the church and insisted upon “legal transparency and pastoral accountability.”

As a 71-year-old lay Catholic woman who has worked for the Archdiocese of Boston under Cardinal O’Malley, I feel called by the Holy Spirit to share my professional encounters with the cardinal and our church, because they suggest just how unlikely it is that transparency, pastoral accountability, or spiritual conversion are ever going to happen under its present leadership structure.

In 2006, I was head of human resources for Caritas Christi, the Catholic hospital system run by the archdiocese under O’Malley. I oversaw the investigation of sexual harassment charges brought against Dr. Robert M. Haddad, then the CEO of Caritas Christi. These complaints included unwanted hugs, back rubs, and kissing on the lips of female employees as well as inappropriate discussions of personal matters.

Based on evidence from the investigation and my decades of professional experience, I knew unequivocally that Haddad must be terminated. I shared that recommendation directly with the cardinal in his office at the Cathedral of the Holy Cross. He did not render a decision then, and subsequently I was excluded from a Caritas Christi board meeting called to discuss the allegations. Concerned the board would be making the wrong decision, I e-mailed members warning them the church could not afford to “once again put the powerful predator ahead of the powerless victim.”

The cardinal decided that the credible claims of harassment — even against one who held power over his victims — were not serious enough to justify termination. He opted to reprimand Haddad, warning him that another harassment charge or retaliatory action would lead to termination.

When news of this decision came out in The Boston Globe, the floodgates opened. Current and former Caritas employees came forward to report their similar treatment by Haddad, and the complaints were simply too serious and too numerous for the church to ignore.

Shortly after the newspaper exposed the archdiocese’s failings, I was asked to attend a meeting convened by the archdiocese to decide Haddad’s fate. I remember it as a David and Goliath moment, sitting in a room full of men, including the cardinal and some of Boston’s best legal minds.

The lawyers insisted my judgment had been erroneous, and that termination was a draconian response to harassment. I held fast to my recommendation. Later that night I learned on the radio that Haddad had been forced to resign. He has denied acting inappropriately.

O’Malley’s willingness to initially ignore multiple accusers to protect a high-ranking official, with the assistance of both lay and ordained Catholics, renders his current call for transparency, accountability, and spiritual conversion tragically ironic.