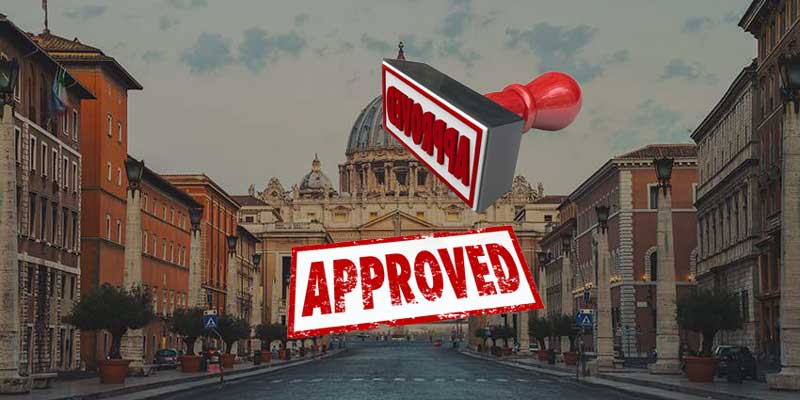 Vatican leaders are now calling for Catholics on the internet who do not meet their approval to be censored. The censorship would come in the denial of official certification from the Holy See.

Precisely how such a process would work was not specifically addressed within the final Youth Synod document, or any other place at the moment. What is clear is that leaders in the Vatican are feeling the heat and are concerned about continuing to lose control of their carefully constructed narrative.

Paragraph 146 of the final approved Synod document speaks to the need for creating “certification systems for Catholic websites, to counter the spread of fake news regarding the Church.”

The Synod document speaks to the need for creating “certification systems for Catholic websites, to counter the spread of fake news regarding the Church.”Tweet
In March, the Vatican itself was taken to task for presenting its own “fake news”: a deliberately altered photo of a letter from Pope Benedict supposedly praising the “theology of Pope Francis.”

However, some in the media, including faithful Catholic internet sites the Vatican now seeks to censor, were suspicious, and when everything eventually came out (as it always does), the Vatican was forced to admit that it had indeed deliberately doctored the photo to change significantly the point of the story. The man responsible, Vatican Communications Secretary Msgr. Dario Viganò (no relation to Abp. Carlo Maria Viganò), eventually resigned in disgrace.

Since Church Militant specifically has already been unfavorably singled out by a semi-official publication of the Vatican, La Civiltà Cattolica, in June of 2017, Church Militant is presumed to be one of the internet sites accused of fake news and thereby targeted.

The threat to apostolates that do most of their work on their independent internet sites and are administered by faithful Catholics seems peculiar to many — especially coming from a Vatican that was, in point of fact, actually discovered and humiliated for the very same action it so ardently claims it now wants to prevent.

Aside from the somewhat totalitarian-minded approach to dealing with criticism, which Pope Francis has said publicly he welcomes, the mechanism of how such a “certification” would work is a complete mystery.