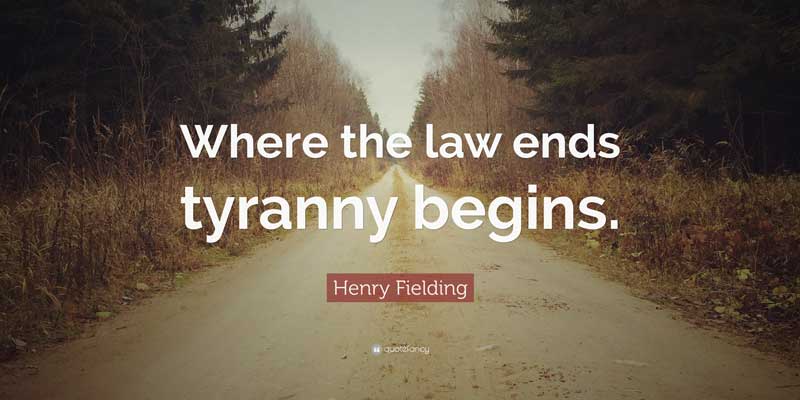 One factor that is second to none in giving rise to the scandalous situation in today’s Church is a conception of episcopal authority as a form of tyranny, rather than being based on and constituted by law.

In the light of new revelations about sexual abuse in the Church, many Catholics are asking how the situation that these revelations have disclosed can possibly have come about. The first question that occurs, a question of long standing, is; why did bishops deal with sexual abusers by concealing their offences and moving them to new assignments, rather than by removing them from ministry? No sufficient answer has yet been given to this question. It has now been made more pointed by a further question; how did Theodore McCarrick get appointed as Archbishop of Washington and Cardinal, and even become a principal drafter of the American bishops’ policy on sexual abuse in 2002, when his own involvement in sexual abuse was widely known in clerical circles and had been made known to the Holy See?

These things did not happen because of the law of the Church. Until November 27, 1983, the law in force in the Latin Church was the 1917 Code of Canon Law. Canon 2359 §2 of this code decreed that if clerics commit an offense against the sixth commandment of the Decalogue with minors under sixteen years of age, they are to be suspended, declared infamous, deprived of every office, benefice, dignity, or position that they may hold, and in the most grievous cases deposed.

No doubt a number of factors combined to produce this disastrous situation. There is one factor however that has not been widely discussed or understood, but that has had an effect that is second to none in giving rise to the scandalous situation that now engrosses our attention. This is the influence within the Church of a conception of authority as a form of tyranny, rather than as being based on and constituted by law. This essay will present the nature of this conception, describe how it came to be influential, and explore some of its more significant results.

The intellectual origins of this conception of authority and obedience are largely to be found in nominalist theology and philosophy. William of Ockham notoriously came down on one side of the Euthyphro dilemma by asserting that good actions are good simply because they are commanded by God, and that God could make idolatry, murder, and sodomy good, and abstention from these actions evil, if he commanded that they be performed. This conception of divine authority lends support to a tyrannical understanding of authority in general as based on the arbitrary will of the possessor of power, rather than on law.

A law-based understanding of authority, in contrast, holds that law derived from the nature of the good provides the source of the authority of a ruler, and delimits the sphere in which a ruler can give commands. Scholars have long known that the dominance of nominalist thought in the fourteenth century left its mark on Catholic thought for centuries, with key nominalist theses remaining entrenched even in scholars who believed themselves to be upholding anti-nominalist traditions. The nature of authority was one of these theses. Catholic theologians and philosophers during the Counter-Reformation all held that law and moral obligation are to be understood as resulting from the command of a superior; Suarez gave a characteristic description of law as ‘the act whereby a superior wills to bind an inferior to the performance of a particular deed.’