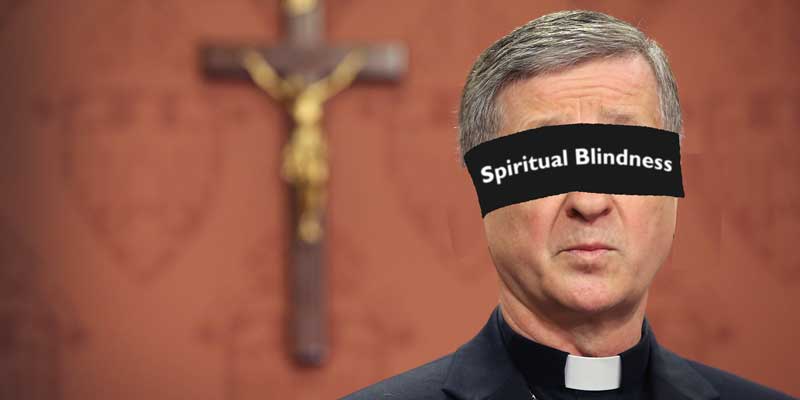 Not long ago, I was in an online controversy with a young woman who objected to something I wrote. We went back and forth a bit, but the discussion went nowhere fast. She was defending positions diametrically opposed to the Catholic Church’s moral teaching on grave matter. The longer the argument progressed, the more the woman revealed of herself, and it was disturbing, both considering where she started from, and where she ended up spiritually. At the same time, I was arguing with a young man of whom the very same may be said. Both are individuals who might variously be described as “lapsed,” “fallen-away,” or (the greatly misused term) merely “cultural Catholics.”

In the context of the online controversy, the young woman frankly and unashamedly admitted (without my asking her about it) that she routinely violates the sixth and ninth commandments, and chose to give up feeling guilty about it and going to confession. The young man, while not making such admissions, made statements indicating that he lives the same libertine sort of lifestyle. Regardless of his deeds, he defends immoral behavior in word.

My freethinking interlocutors resisted all arguments, not only from supernatural revelation, but also from the natural law, which one of them seemed to mistake for the “law of the jungle,” inasmuch as he actually pointed to the behavior of beasts to justify moral turpitude. Homosexual acts, he noted, are sometimes seen in the animal kingdom, a true claim, but one which says nothing about their probity. It is easily answerable by pointing out that we do not get our morals (including our sexual morals) from the beasts, who are incapable of moral acts anyway. As a child, I learned from a filicidal pet gerbil that rodents are not models of virtuous fatherhood.

When the Angel Raphael advises Tobias the younger not to be like those who “give themselves to their lust, as the horse and mule, which have not understanding” (Tob. 6:17), he speaks a language that even unbelievers acquainted with the animal kingdom can understand, presuming they consider that we “rational animals” are indeed superior to the brute beasts.

Back to my online argument with the two youths: the imperviousness to reason, to sound arguments drawn from the purpose of the human sexual faculties, and common sense, was striking. It led me to the conclusion — provisional, of course, not definitive — that I was dealing with two cases of what moral theologians call “spiritual blindness.”

An excellent, brief treatise on the subject of “spiritual blindness” may be found at the New Theological Movement website. The author, Father Ryan Erlenbus, cites Saint Thomas, who asks the question, “Whether blindness of mind and dulness of sense arise from sins of the flesh?” He answers in the affirmative, and here is part of his explanation:

Now it is evident that pleasure fixes a man’s attention on that which he takes pleasure in. Now carnal vices, namely gluttony and lust, are concerned with pleasures of touch in matters of food and sex; and these are the most impetuous of all pleasures of the body. For this reason these vices cause man’s attention to be firmly fixed on corporeal things, so that in consequence man’s operation in regard to the intelligible things is weakened; more, however, by lust than by gluttony, forasmuch as sexual pleasures are more vehement than those of the table. Wherefore lust gives rise to blindness of mind, which excludes almost entirely the knowledge of spiritual things. (ST II-II, q.15, a.3)

Reference to this phenomenon is common in traditional moral manuals and books of spiritual theology. Prayer and penance, fasting and other bodily mortifications are the effective remedies these traditional books recommend.

More modern works also reference the problem. There is this almost matter-of-fact reference in Michael E. Giesler’s relatively recent Guidebook for Confessors: “Lust can lead to spiritual blindness and even denial of the faith, since it often affects a person’s power to reason and to see the truth about other people and things.”

Taking the Doctor of Grace as his reference, Father John F. Harvey (founder of Courage), in his Moral Theology of the Confessions of Saint Augustine, writes along similar lines: “At the same time, it has not been forgotten that in the unity of the sinner’s person the elements of spiritual blindness, lust, and confusion are bound up with one another in a dynamically intimate way. In the vicious circle of blindness and vice, lust tends to create blindness quite as effectively as blindness contributes to the habit of lust.” Father Harvey goes on to explain that, in Saint Augustine’s thought, the sinner brings upon himself his own punishment, the terrible effects of sin (including blindness) being themselves a penalty for sin.

We all have to discipline our lower passions. This is a commonplace of the Catholic moral life. But we don’t often think of the consequences of giving in routinely, and especially in grave matters, to those passions. All sin darkens the intellect and weakens the will. But the sin of lust has a particular gravity to it — and here I don’t mean gravity in the technical sense of “grave [i.e., mortally sinful] matter,” but in the common sense of “weighing us down,” or “making us heavy and sluggish to rise up.” For the person burdened by these encumbrances, to elevate the mind to God, to supernatural mysteries, and to one’s Christian obligations, becomes progressively more difficult. And the more crass the sins of the flesh, the worse these effects will be.

Keep what has been written here in mind as you read the following paragraphs from Archbishop Viganò’s “Third Testimony,” published, as it is appropriately headlined, “On the Feast of the North American Martyrs.” (Note: On the Novus Ordo calendar, that feast is October 19, the day that one of them, Saint John de Lalande, died. The traditional calendar celebrates them on September 26, the liturgically available day nearest, I believe, to the “birthday” of the first of the martyrs to die, Saint René Goupil. He died on September 29, which was already taken by Saint Michael.)

Please note especially the passages I here underline in Archbishop Viganò’s latest text, which is a response to attempted rebuttals of his earlier testimonies, especially to that of Cardinal Ouellet:

In the public remonstrances directed at me I have noted two omissions, two dramatic silences. The first silence regards the plight of the victims. The second regards the underlying reason why there are so many victims, namely, the corrupting influence of homosexuality in the priesthood and in the hierarchy. As to the first, it is dismaying that, amid all the scandals and indignation, so little thought should be given to those damaged by the sexual predations of those commissioned as ministers of the gospel. This is not a matter of settling scores or sulking over the vicissitudes of ecclesiastical careers. It is not a matter of politics. It is not a matter of how church historians may evaluate this or that papacy. This is about souls. Many souls have been and are even now imperiled of their eternal salvation.

As to the second silence, this very grave crisis cannot be properly addressed and resolved unless and until we call things by their true names. This is a crisis due to the scourge of homosexuality, in its agents, in its motives, in its resistance to reform. It is no exaggeration to say that homosexuality has become a plague in the clergy, and it can only be eradicated with spiritual weapons. It is an enormous hypocrisy to condemn the abuse, claim to weep for the victims, and yet refuse to denounce the root cause of so much sexual abuse: homosexuality. It is hypocrisy to refuse to acknowledge that this scourge is due to a serious crisis in the spiritual life of the clergy and to fail to take the steps necessary to remedy it.

Unquestionably there exist philandering clergy, and unquestionably they too damage their own souls, the souls of those whom they corrupt, and the Church at large. But these violations of priestly celibacy are usually confined to the individuals immediately involved. Philandering clergy usually do not recruit other philanderers, nor work to promote them, nor cover-up their misdeeds — whereas the evidence for homosexual collusion, with its deep roots that are so difficult to eradicate, is overwhelming.

It is well established that homosexual predators exploit clerical privilege to their advantage. But to claim the crisis itself to be clericalism is pure sophistry. It is to pretend that a means, an instrument, is in fact the main motive.

Denouncing homosexual corruption and the moral cowardice that allows it to flourish does not meet with congratulation in our times, not even in the highest spheres of the Church.

He writes of “the corrupting influence of homosexuality in the priesthood and in the hierarchy.” If spiritual blindness results from repeated, habitual sins of lust, then it makes sense that worse sins of lust beget worse spiritual blindness. Homosexual acts being unnatural, they are worse than natural sins against the sixth and ninth commandments. The “worse” blindness is a blindness to a wider scope of spiritual truths, and even truths pertaining to natural virtue. Common features of homosexual clerics include their disregard for truth in matters of faith and morals, their passive-aggressive behavior, and an almost constitutional aversion to the cardinal virtue of justice. They also tend to be incorrigible liars. The “corrupting influence” of their vice is sickeningly palpable.