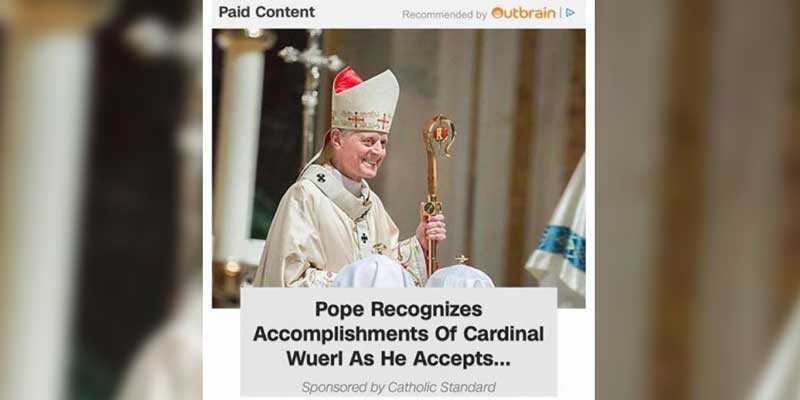 The Archdiocese of Washington purchased advertising on CNN’s website to promote Pope Francis’s complimentary regard for outgoing Cardinal Archbishop Donald Wuerl – paid for through its communications office, which gets financial support from Catholics in the pews.

The ad is flagged by CNN at the top with the message, “Paid Content,” and a disclaimer appears beneath the archdiocese’s own headline, resembling a sub-headline, stating, “Sponsored by the Catholic Standard.” The Standard is the newspaper for the Archdiocese of Washington.

Journalist George Neumayr saw the ad and posted about it Saturday on Facebook.

“DC Catholics: Check out this propagandistic ad on CNN’s Web site, which Wuerl is financing with your donations,” Neumayr wrote. “Notice at the bottom of the ad “sponsored by the [Archdiocesan of Washington] Catholic Standard,” which just means dollars you have donated to the archdiocesan annual appeal.”