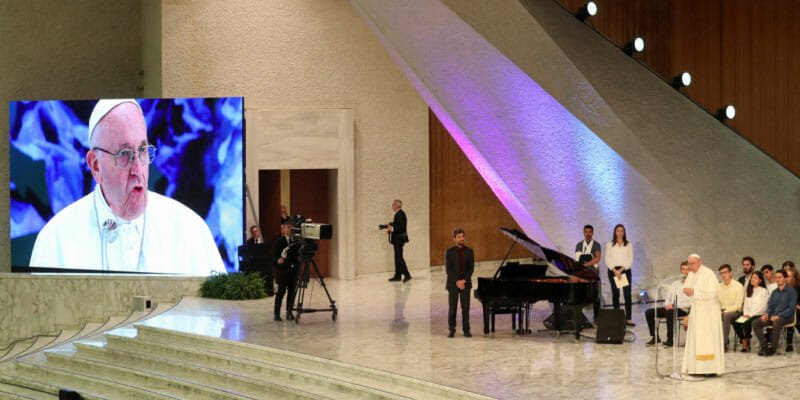 When Pope Francis was elected five years ago, he announced that he wanted to build a “poor Church for the poor.” At the Synod on Youth taking place this month in Rome, a different kind of Church is coming into being: one that caters to the bourgeoisie.

The Youth Synod is the latest battle in the Church’s long-running culture war – which is also a class war. On one side are the managerial and professional classes clustered in wealthy countries, especially Germany, the UK, and the US. On the other side are objectors from the developed world, allied with Africa’s bishops.

Journalists often suggest that the election of an Argentine pope has perforce put the Church in touch with the world’s poor. But this is misleading. For the first twenty-five years of Pope Francis’s life, Argentina had a higher per-capita GDP than Japan, Italy, and Austria. Poland, the home of St John Paul II, is still a poorer country than Argentina. So is conservative Hungary.

In public controversies preceding the Synod, the two sides tangled over the Synod’s Instrumentum laboris (working paper). As its critics have pointed out, the Instrumentum scants references to Scripture and the Church’s tradition in favor of a sociological summation of the needs and experiences of today’s “young people.” It indulges in the Sixties-era illusion that young people have prophetic insight, and insists on their desire to be “listened to” by an institutional Church that sometimes seems out of touch. But out of touch with what? The Instrumentum seems to assume that all young people are bourgeois Westerners.

The young people of the Instrumentum want a Church that “listens”; they want to be able to speak of sexuality “without taboo”; they want to exercise discernment and not be bound by “rigid” codes. These are bourgeois desires. As the anthropologist Mary Douglas argued, the poor do not want to dispense with “rigid” codes; those codes distinguish their style of religious practice, which emphasizes obedience over discernment.

When elites destroy these codes – as they did with Friday abstinence after the Second Vatican Council – they deprive the poor of the means of faith. Pope Francis’ exhortation to “Make a mess!” is oddly reminiscent of “Break s–t” – Silicon Valley’s favourite phrase. Those with ample moral, social, and financial capital will thrive in this moral economy. The poor will not.