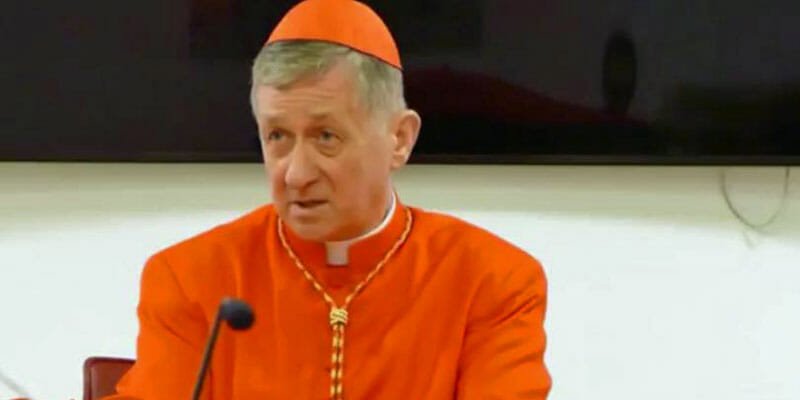 Fourteen small groups of members of the Synod on Young People, the Faith, and Vocational Discernment discussed the Instrumentum Laboris (IL), or working document, guiding the Synod’s deliberations this week.

Divided by language groups, there were four English-language conversations, three French, two Spanish, one German, and one Portuguese. For many of the participants, these were foreign, or second, languages.

The reports of these sessions were largely difficult to read; most were verbose and poorly organized. However, certain themes and tendencies were clear.

Second, of all the groups, only the one moderated by pro-LGBT Cardinal Cupich explicitly questioned the Church’s emphasis on the traditional nuclear family. Cupich’s group went so far as to suggest that the Church does not accompany young people in unusual familial circumstances.

Maradiaga’s group posited that the young have the “right” to make “mistakes” and encouraged pastors to “accompany” the young without reproof, saying “an empathetic Church is one that accompanies despite errors, without imposing, prohibiting, or demanding…”

Fourth, most of the Groups were interested in the role the internet and social media play in the lives of youth people although two Groups pointed out that not all young people have access to the internet. Several were quite concerned about the “digitalization” of culture.

Fifth, at least one Group felt that the IL overemphasized Western concerns.  A few Groups discussed the differing circumstances of young people in the developed and in the developing world. Migration concerned all the Groups. Many mentioned the rejection, not just of faith, but of ancestral and cultural traditions.

Sixth, several Groups mentioned the clerical sex abuse crisis and how it has hampered evangelization.

Seventh, some Groups were more optimistic than others about the role faith plays in the lives of the young today. The English-language and Italian-language groups mentioned the openness of the young to faith and their skill in evangelizing other young people. The French-language groups reflected that many young people no longer participate in Christian community life and that they are not looking for Christ.

Eighth, most of the Groups repeated the importance of “listening” to the young. The word “accompaniment” was also frequently employed.

Ninth, it appeared that the pleas of young Catholics who adhere to traditional Catholic liturgies and devotions to the Synod Fathers had fallen on deaf ears. Not only was there no mention of the new liturgical movement, neither the Blessed Mother of God, nor the saints, not even young contemporary saints who might best serve as models to young Catholics, were mentioned in the reports.