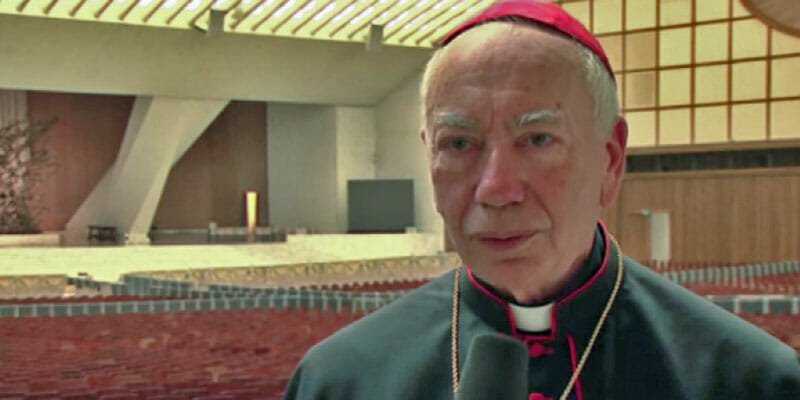 Coccopalmerio asserted in 2014 that the Church should emphasize what he calls the “positive elements” of homosexual relationships.

The Congress of Leaders of World and Traditional Religions is a meeting that promotes interreligious dialogue between “representatives of world and traditional religions, heads of states, heads of international organizations united by a common aspiration for peace, harmony and constructive cooperation for the sake of prosperity of all mankind,” according to its website. The Congress’s October 11 declaration emphasizes “the special importance of adhering to the spiritual guidelines for cooperation to overcome intolerance, discrimination, exclusion, tensions and conflicts based on ethnic, religious, linguistic and cultural differences.”

The same statement affirms the Congress’s support of “all efforts aimed at protecting refugees, their rights and dignity, as well as providing them with necessary assistance,” along with other objectives like stopping terrorism, encouraging “peace-building,” preventing violence in places of worship, and urging “politicians and world media to renounce associating terrorism with any religion.”

“This is a very important moment for human history,” Coccopalmerio told the Congress, according to Kazakh news site B News. “The moment when we focus on the words of wisdom that are key to many important challenges the world faces. The resumption of normal life and peace should be especially considered. Our contribution, religious leaders with politicians, is a guarantee to achieve those important results.”