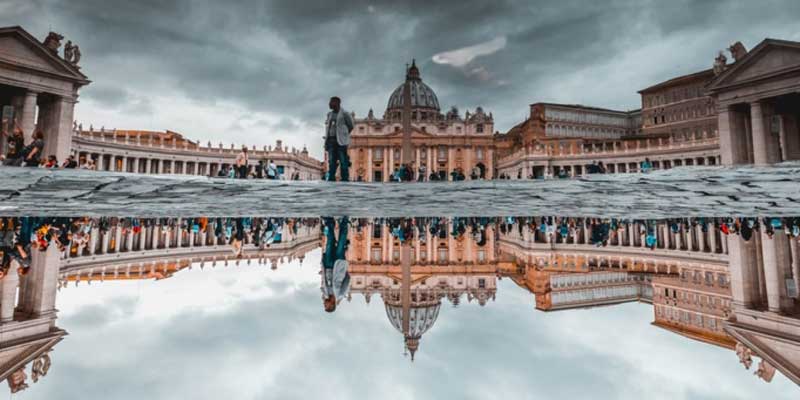 Compared to his initial, rambling 11-page discourse, Archbishop Carlo Maria Viganò’s more concise second public statement renewing his allegations of a long-standing Vatican cover-up of Archbishop Theodore McCarrick’s sexual misconduct does a much better job of articulating which of his shocking assertions require public and swift answers. And the continuing media deluge of additional revelations of abuse allegations that involve actions by bishops constitutes further proof of the issue’s urgency.

Since the archbishop’s bombshell accusations were published in late August, the Vatican’s response has been a muted one.

The Holy Father’s initial reaction was to declare that he would not provide “a single word” of substantive reply at that time. Instead, he invited media outlets to try to ferret out the truth about the allegations, though it seemed unclear how this could be accomplished absent the Vatican’s concrete cooperation.

Then in mid-September, Francis reportedly rebuffed the U.S. bishops’ appeal — delivered to him personally by Cardinal Daniel DiNardo and other key USCCB leaders — for a wide-ranging Vatican investigation into the mishandling of the Archbishop McCarrick situation.  On Oct. 6, the Vatican announced that Pope Francis had initiated a “thorough study of the entire documentation present in the archives of the dicasteries and offices of the Holy See” on Archbishop McCarrick. The statement said that in “due course” the conclusions of the investigation into allegations against Archbishop McCarrick begun in New York in 2017 would be made known. But the Oct. 6 statement did not directly address Archbishop Viganò’s claims, nor does the review of files rise to the full scope of an apostolic visitation.

Archbishop Viganò’s second statement was drafted with the specific purpose of focusing attention on this silence from Rome.

In the former U.S. nuncio’s own words, the “center of my testimony” is his claim that, in June 2013, while speaking with Francis shortly after the Pope’s election, he told him about McCarrick’s “perverse and evil” misconduct, but despite this clear knowledge, the Holy Father subsequently “made McCarrick one of his principal agents in governing the Church.”

Many media defenders of the Pope have sought to discredit the archbishop by calling attention to various apparent discrepancies in his account with respect to other, more tangential claims of the Church’s mishandling of Archbishop McCarrick’s situation.

The first statement’s scattershot accusations invited such criticism, to some degree, but the overall accuracy of Archbishop Viganò’s assertions can’t be judged without access to the relevant documentation in Vatican files.

More importantly, this focus on secondary aspects obscures consideration of the archbishop’s core claim that the Holy Father chose to rehabilitate Archbishop McCarrick and assign him a key advisory role, despite knowing about his sexual misconduct with seminarians and young priests.

This approach is never going to be adequate. For one thing, there is abundant evidence the Pope did give Archbishop McCarrick an enhanced advisory role.

Those seeking journalistic corroboration can review a June 2014 Religion News Service account penned by David Gibson, a journalist known to be notably supportive at the time of both the former cardinal and of the newly elected Pope.

“McCarrick is one of a number of senior Churchmen who were more or less put out to pasture during the eight-year pontificate of Benedict XVI,” Gibson asserted. “But now Francis is pope, and prelates like Cardinal Walter Kasper (another old friend of Archbishop McCarrick’s) and McCarrick himself are back in the mix, and busier than ever.”