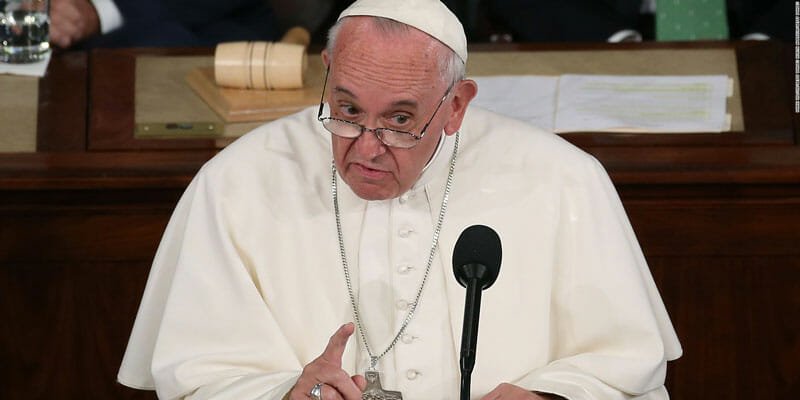 Pope Francis will meet privately on Monday with Cardinal Daniel DiNardo and Archbishop Jose Gomez, president and vice-president of the U.S. Bishops’ Conference, in light of news today that he has ordered a “thorough study” of all Vatican documents regarding ex-Cardinal Theodore McCarrick.

In a statement issue today (see below), the Vatican said that, in Sept. 2017, the Pope had ordered the Aarchdiocese of New York to begin a preliminary investigation into McCarrick, after the archdiocese had been notified that a man had accused the former cardinal of having abused him in the 1970s.

The Vatican said it would “make known the conclusions of the matter regarding Archbishop McCarrick” in “due course,” but said Pope Francis has decided to combine the findings of the preliminary investigation with a “further thorough study of the entire documentation present in the archives of the dicasteries and offices of the Holy See.”

Their stated goal is to “ascertain all the relevant facts, to place them in their historical context and to evaluate them objectively.”

Today’s announcement comes exactly six weeks after Archbishop Carlo Maria Viganò issued his explosive 11-page testimony, saying he had personally told Pope Francis about McCarrick’s sexual abuse of seminarians in 2013. Archbishop Viganò further alleged that Pope Francis not only failed to enforce sanctions placed on McCarrick by Pope Benedict, but even made him a chief advisor particularly in the appointment of U.S. bishops.

In today’s statement, the Vatican said it is “conscious that, from the examination of the facts and of the circumstances, it may emerge that choices were taken that would not be consonant with a contemporary approach to such issues.”