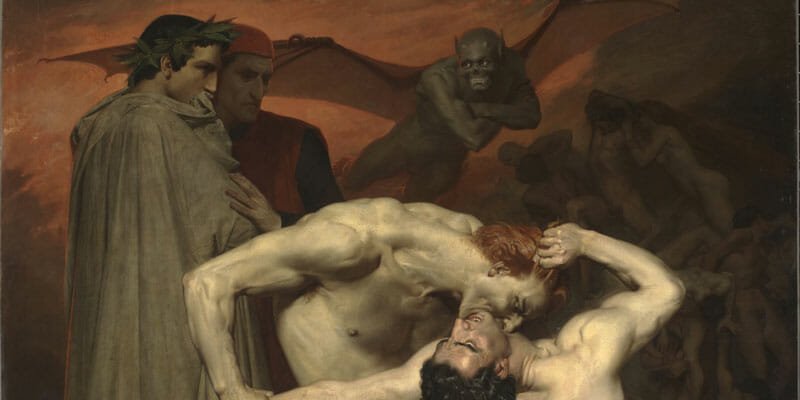 The doctrine of hellfire attests to the fact that we can make ourselves such as not to need God.  “But every creature needs God to continue to exist,” you say.  Yes, metaphysically, every being other than God receives its being from God and therefore needs God.  We can become such persons, however, that in our thoughts and wishes, our desires, plans, and pleasures, it makes no difference to us if there is a God.  Some would even regard the universe as better if He were not.

Many people are like this. Sure, you might describe them as “people who mistakenly believe that they do not need God.”  For them, though, it’s much more than a misguided “belief.” It’s a way of living.  It touches their core.  We must describe them in their own words: they’ve defined the meaning of the universe that way.

“Oh, but their hearts are restless, and they will not rest until they rest in God,” you say, quoting a great authority.  “They will find out someday that they are wrong.”  But what if they don’t?  They seem not to have found that out for the fifty, sixty, seventy years they have lived. Why would seventy more make a difference?

A greater authority said, “Water the tree for one more year, and then, if it does not bear fruit, cut it down.” Our hearts are indeed restless, by nature, but we can wreck that nature, so that it becomes obscured to us, except for a miracle.

This is where hellfire comes in. Someone with a restless heart somewhere deep down, if banished from the presence of God eternally, will be filled with an eternal aching regret: not the regret of repentance, mind you, but the regret of mere self-recrimination, the “worm which never dies.”  They do not respond to God after death as, “Oh, this is the one I have been restless for,” because, if that were the case, they would not have been banished to hell.