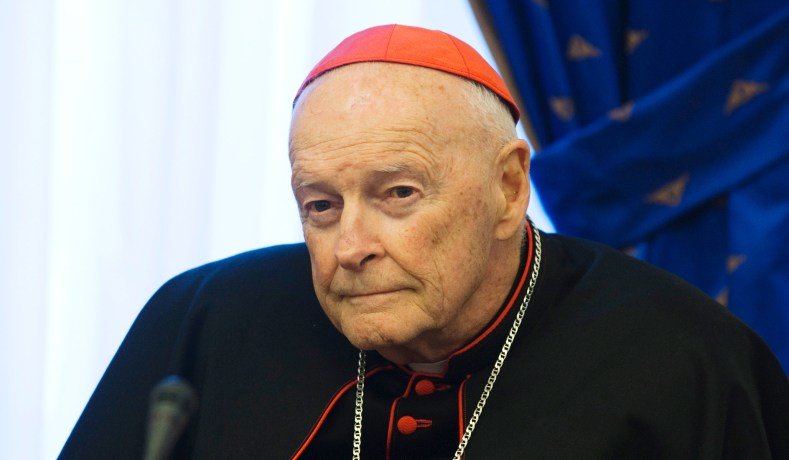 What does a priest have to do in today’s Church to get in really serious trouble? Recent events have made that clear. If you’re a Catholic priest, you’re courting doom if you try any of the following:

Okay, so you know to avoid all that.

How to Get Away with Decades of Sex Abuse

What’s a safer course of action? Let’s say that you’re homosexual, with a taste for young seminarians and even the occasional teenage boy…. If you rise in the ranks, keep copious files on other gay clerics so they won’t rat you out, and rise to the rank of cardinal, you’re probably pretty safe. That’s the lesson of the fate of ex-Cardinal Theodore McCarrick. He was widely known to be a practicing homosexual for decades. To single out handsome seminarians and bring them into his bed. Then promote their careers, and stymie the men who’d turned him down.

But none of that stopped McCarrick’s rise to the most prominent position in the U.S. Catholic Church: Archbishop of Washington. And none of his flaws might have mattered, if it hadn’t come out that he molested a teenage boy whom he’d baptized himself. That really did cross the line.

Because, and only because, that fact got out to the press, Pope Francis cancelled McCarrick’s status as cardinal. But he still remains a priest. Indeed, he’s still an archbishop. He still lives in comfort with a Church stipend, free healthcare, free housing, and presumably free legal counsel. Church authorities just moved him to a well-appointed monastery in walking distance of a grammar school. And locked away from reporters.