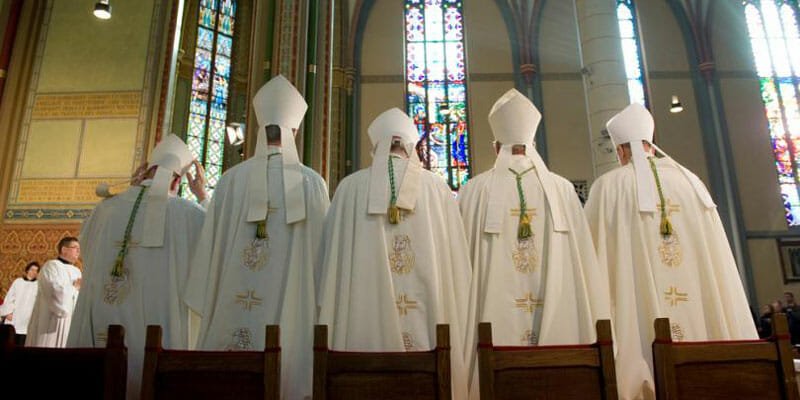 Two weeks ago, members of the USCCB executive committee traveled to Rome to ask for the Holy Father’s help in addressing the crisis engulfing the Catholic Church in the United States. They came back empty-handed.

The primary goal was to convince the Holy Father to appoint an Apostolic Visitator to investigate the rot and corruption that enabled Theodore McCarrick to flourish – an investigation that the American bishops themselves have neither the capacity nor, frankly, the credibility to undertake on their own. The pope “nixed” that idea, according to Crux. Francis suggested the bishops go on retreat, instead of holding their annual November meeting in Baltimore.

Meanwhile, 70-million exasperated American Catholics wait for some response from Rome that might indicate that the nature and scope of the current crisis have finally, been understood.

Undoubtedly, the Viganò affair – and the American episcopate’s refusal to dismiss the allegations out of hand – has left a very sour taste in the pontifical mouth. But one wonders if the Holy Father understands how his silence – and his daily touting of it in his homilies – gives ordinary Catholics the painful impression that Rome is more concerned with making an example of its enemies than in meeting the needs of the suffering flock.

And while Pope Francis’ condemnation of the sexual abuse of children has been unequivocal (one would expect no less), it’s still not entirely clear that he grasps just how dire is the crisis of confidence in the bishops themselves.

While the Holy Father has been silent – even the papal press corps is growing frustrated – some of his closest associates are talking.

Cardinal Cupich was publicly blasted for telling an interviewer that “the pope has a bigger agenda” than dealing with the allegations of Archbishop Viganò and that, “We’re not going to go down a rabbit hole on this.” The most charitable interpretation of his remarks might acquit the Cardinal of insouciance, but his eagerness to downplay and move beyond the Viganò allegations also tends to obscure the fact that the crisis of confidence in the American Church was brought about, not by the intemperate missive of Archbishop Viganò, but by the manifest failures of bishops – including many bishops we have right now.

Another papal confidant, Antonio Spadaro, S.J., ventured to defend the Pope’s response to these matters: “The Pope draws energy from the conflict,” Fr. Spadaro wrote on Facebook, “and sees it as a sign that his action riles. The driving force of the pontificate of #PapaFrancesco manifests itself precisely in the paroxysm of the backlash that generates and that are thrown at him.”