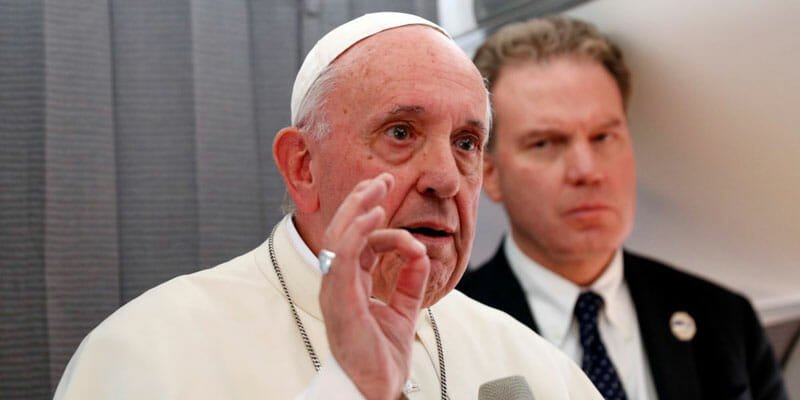 During his recent flight from Estonia to Rome, Pope Francis denied ever having pardoned clerical sex abusers. This was a surprising statement, given the sad case of Don Mauro Inzoli.

On September 26, after answering, and refusing to answer, reporters’ questions, Pope Francis addressed the issue of child sexual abuse during a stream-of-consciousness speech. According to an unofficial transcript in the Catholic Herald, the pontiff said:

“The Church… I take the example of Pennsylvania, watch the correlations and watch when the Church became conscious of this [abuse]. It dedicated all and recently, I have received so, so many completed convictions from the Doctrine of the Faith and I have said forward, forward, never have I signed a request for grace after a conviction. On this I do not negotiate, there is no negotiation.”

This statement, however, is contradicted by the well-documented case of Don Mauro Inzoli.

Nicknamed “Don Mercedes” for his love of flashy cars and high living, Communion and Liberation priest Mauro Inzoli was accused of molesting boys, including in the confessional. An ecclesiastical court found Inzoli guilty, and he was suspended from the priesthood in 2012 by Pope Benedict XVI.

However, Cardinal Francesco Coccopalmerio and Monsignor Vito Pinto interceded for Inzoli to the newly-elected Pope Francis. Ignoring the advice of the Prefect of the Congregation for the Doctrine of the Faith, Pope Francis decided in 2014 to return Inzoli to the priesthood. Directed to live a life of “humility and prayer,” to take a course of psychiatric treatment, and to stay away from children, Inzoli nevertheless attended an Italian conference on the family in 2015.

According to historian Henry Sire, author of The Dictator Pope, Francis’ gesture of clemency didn’t work out well for Inzoli in the long run.

“[Francis’] leniency, however, backfired,” Sire wrote, “and after complaints from Inzoli’s home town of Cremona, police reopened the case against him.”