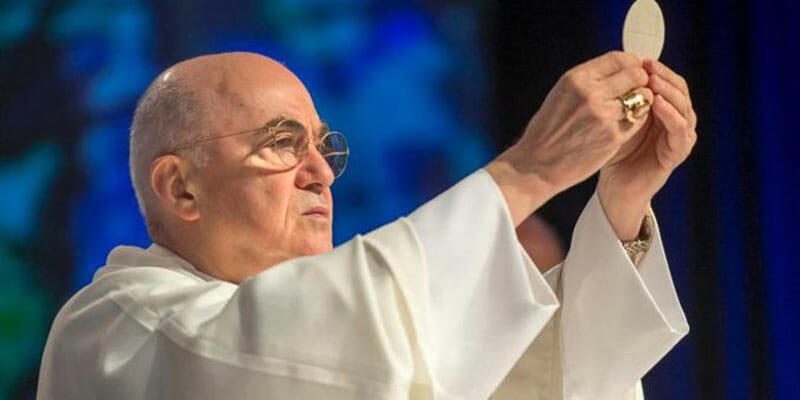 Archbishop Carlo Maria Viganò has issued a new letter addressing his allegation that senior prelates have been complicit in covering up alleged sex abuse by Archbishop Theodore McCarrick.

Headed with Archbishop Viganò’s episcopal motto, Scio Cui credidi (I know whom I have believed), the letter, dated Sept. 29, was released Sept. 27.

The former apostolic nuncio to the US prefaced his letter giving “thanks and glory to God the Father for every situation and trial that He has prepared and will prepare for me during my life. As a priest and bishop of the holy Church, spouse of Christ, I am called like every baptized person to bear witness to the truth … I intend to do so until the end of my days. Our only Lord has addressed also to me the invitation, “Follow me!”, and I intend to follow him with the help of his grace until the end of my days.”

He noted it has been a month since he released his testimony, “solely for the good of the Church,” alleging that Pope Francis and other high-ranking prelates knew of grave sexual sins committed by Archbishop McCarrick.

He said he chose to disclose the cover-up “after long reflection and prayer, during months of profound suffering and anguish, during a crescendo of continual news of terrible events … The silence of the pastors who could have provided a remedy and prevented new victims became increasingly indefensible, a devastating crime for the Church.”

“Well aware of the enormous consequences that my testimony could have, because what I was about to reveal involved the successor of Peter himself, I nonetheless chose to speak in order to protect the Church, and I declare with a clear conscience before God that my testimony is true.”

He called himself a witness “of shocking facts,” and said he believed very grave harm could be avoided “only by divulging the truth.”

“Neither the pope, nor any of the cardinals in Rome have denied the facts I asserted in my testimony,” the archbishop noted; referring to the proverb “silence is consent”, he said that “if they deny my testimony, they have only to say so, and provide documentation to support that denial.”

“How can one avoid concluding that the reason they do not provide the documentation is that they know it confirms my testimony?”

Archbishop Viganò noted that Pope Francis’ response to his testimony was, “I will not say a word,” though “he has compared his silence to that of Jesus in Nazareth and before Pilate, and compared me to the great accuser, Satan, who sows scandal and division in the Church — though without ever uttering my name.”

The former nuncio charged that rather than simply saying, “Viganò lied”, the pope has “put in place a subtle slander against me — slander being an offense he has often compared to the gravity of murder.”

“The pope’s unwillingness to respond to my charges and his deafness to the appeals by the faithful for accountability are hardly consistent with his calls for transparency and bridge building,” Archbishop Viganò asserted.

He said that “the pope’s cover-up of McCarrick was clearly not an isolated mistake,” noting that Francis “has defended homosexual clergy who committed serious sexual abuses against minors or adults.” He gave as examples Fr. Julio Grassi, Fr. Mauro Inzoli, “and his halting of the investigation of sex abuse allegations against Cardinal Cormac Murphy O’Connor.”