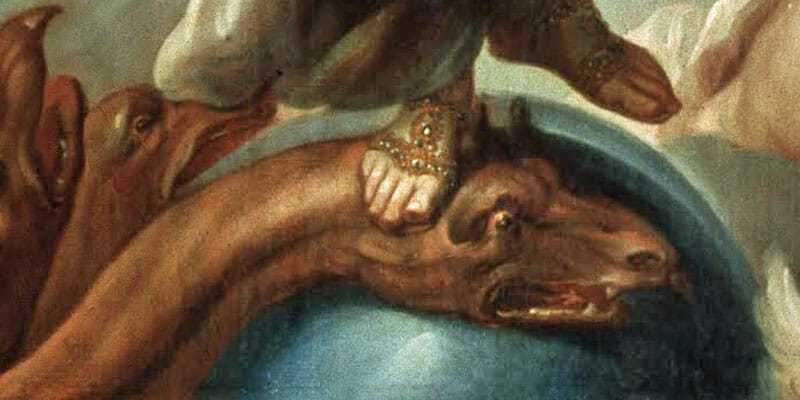 We’re all troubled by the moral confusion and heterodox beliefs of self-identified American Catholics that have been chronicled in many polls:

The Cultural Left that controls the diabolical trinity of the mainstream media, the universities, and the entertainment industry has definitely played a major role in the Church becoming the culture. However, we can’t overlook the influence of prelates and priests in creating the Church of the Morally Obtuse.

The Church of the Morally Obtuse

This is such a target-rich environment that a good moral theologian could write an entire book or series of books on the subject. With his usual keen wit, the inimitable Fr. Rutler recently wrote about Pope Francis’ reluctance to talk about (“I will not say a word”) serious allegations of depravity in the Church, and, at the same time, being more than willing to talk about the issue of floating plastics in our oceans:

“We cannot allow our seas and oceans to be littered by endless fields of floating plastic. Here, too, our active commitment is needed to confront this emergency.” The battle against plastic litter must be fought “as if everything depended on us.”

The Church of the Morally Obtuse won’t talk about things that are intrinsically evil but it’s more than willing to bloviate about peripheral matters. It strains at a gnat and swallows a camel and gives endless homilies on how to major in minors and minor in majors.

This same spirit animated Cardinal Cupich when asked about allegations that the Holy See covered up the McCarrick depravity. We don’t “want to go down that rabbit hole” because Francis has bigger fish to fry in addressing climate change and immigration. His claims that NBC 5 edited his interview in a deceptive way have been debunked.

The Church of the Morally Obtuse has also been hapless in identifying the root moral cause of the present scandal in the Church. Both Cardinal Cupich and the Holy See have pointed to “clericalism,” when studies from both the U.S. Bishops’ and the Pennsylvania grand jury establish a link between the crisis and homosexual clergy.

Cupich, in following his predecessor-before-last, Cardinal Joseph Bernadin, also reveals one of the major sacraments of the Church of the Morally Obtuse in an op-ed in the Chicago Tribune: the moral equivalence of the intrinsic evil of abortion with various social justice issues: insufficient medical care, an unjust immigration system, racism, poverty, joblessness, lack of gun control, and the death penalty.

Joblessness? So the situation with a factory worker in Sandusky, Ohio, who loses his job because he is replaced by advancements in technology, is of the same moral gravity as the extermination of unborn human life?

Should I tell a friend that can’t make ends meet because he has a minimum wage job, or an elderly person who saw her Medicaid cut, or a black man who got a dirty look from a neo-Nazi on the subway, that what they’re going through is morally equivalent to an abortion where the innocent baby’s brains are sucked out and the skull collapses before the dead baby is completely removed from the mother’s womb?

The Church of the Morally Obtuse also talks out of both sides of its mouth. Fr. James Martin says, “I’ve been accused of heresy, ridiculously, by some critics,” and adds that in his recent book, Building a Bridge, he “was careful to stay within the bounds of Church teaching.”

However, coming out of the other side of his mouth, just to cite a few of his heretical comments, is (1) the affirmation to LGBT people that “God made them [wonderfully] that way”; (2) that “The Church needs to rethink its teachings about homosexuality—Its dogmatic teaching. Instead of saying it’s objectively disordered, it should say it’s just differently ordered”; (3) that same-sex couples should be able to kiss during Mass: “What’s the terrible thing?”; (4) that the Church should reverence homosexual unions; (5) that being against same-sex “marriage” is like being racist.

Becoming Mary’s Heel: General Obedience to the Word of God

Against this backdrop of moral stupidity and outright lies stands the Mother of God in the splendor of moral clarity, obedience, faithfulness and fidelity. She is like the Hope Diamond placed on the dark fabric of clerical and episcopal deception and disobedience.

When the laity imitates her obedience, especially in this time of crisis and scandal, we become Mary’s Heel that crushes the serpent’s head. During her time on earth, her sanctity undergirded and infused at least five different forms of obedience: (1) to the words of Christ; (2) to Scripture; (3) to Tradition; (4) to the spoken word of God; and (5) to the Eucharist (the Word of God).

As the late, great Fr. Richard John Neuhaus used to say when making a prescription for the Church’s ills: “Fidelity, fidelity, fidelity.” Our Lady is like David gathering five smooth stones from the wadi to slay Goliath, who is a type of Satan that curses the armies of God.

She obeyed the very words of Christ and told the servants at the wedding at Cana to “Do whatever he tells you.” She also followed his command to be present at Pentecost (Acts 1:14) to fulfill all righteousness even though she was filled with the Holy Spirit from conception.

Pope Francis would’ve gotten it right on Amoris Laetitia if he just would’ve followed her advice to “Do whatever he tells you” on the issue of divorce and remarriage and receiving Communion. But that’s the problem with many prelates these days: they know better than Scripture, two thousand years of Tradition and the prudential judgments of the Magisterium.

Mary’s moral clarity and obedience, in contrast, are rooted in a profound humility. She always defers to a higher authority.

We follow in her footsteps when, before the Gospel is read at Mass, we make the sign of the cross, with our thumb, on our forehead, mouth, and heart. This signifies that we must understand the text, proclaim it, and put it into practice in the shoe-leather of daily life.

Luke sums up Joseph’s and Mary’s sanctity in the presentation of Christ in the temple: “And when they had performed everything according to the law of the Lord, they returned into Galilee, to their own city, Nazareth” (Luke 2:39; emphasis mine). This obedience leads one to believe that the holy family also would obey any divinely inspired oral traditions (Matt. 23:3) that were part of the ancient Hebrew religion and would emerge later in the early Church (II Thess. 2:15).

Sometimes a friend will give us a piece of advice where his or her voice becomes one with the voice of God. Their advice may not be found specifically in Scripture but its content agrees with biblical principles.

The author is the Holy Spirit, and, in receiving a rhema word of God, we receive Christ. It may come as unsolicited advice you don’t want to hear: “A career change may be a good idea since your present job is wreaking havoc on your family and spiritual life and hurting your physical health,” or it may come in a more encouraging manner: “Remember, as a stay-at-home Mom, you have the most important job on the planet in training children who will be salt and light in the world.”

Mary’s appearance on the day of Pentecost is the last biblical reference we have of her. We know she had a mother-son relationship with Saint John and probably lived out her days until her Assumption in Ephesus in Turkey.

We can infer from her character and past behavior that she fully participated in the life of the New Testament Church and that would, of course, mean regularly and worthily (how could her Immaculate Heart do anything unworthily?) partaking of the Eucharist. When we eat three meals a day, we assimilate the food into our bodies and it becomes us. When we consume the Eucharist, we become him: we are what we eat.