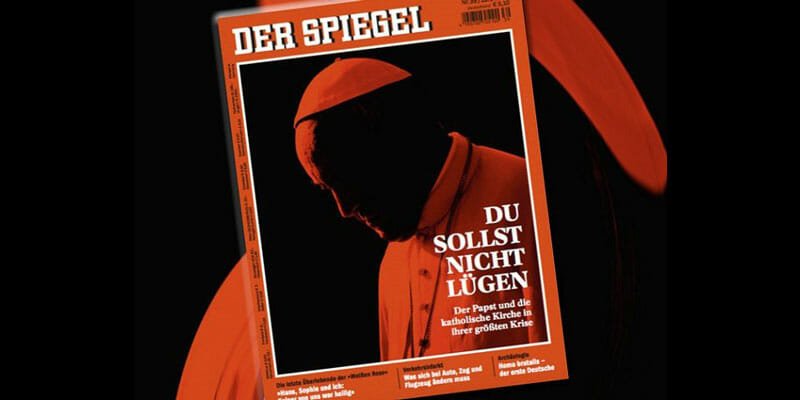 The German progressive weekly Der Spiegel has ended its love affair with the pope, declaring that the Church’s sex abuse crisis is “increasingly about Pope Francis.”

In a stunning cover article titled “The Silence of the Shepherds,” the magazine blasts the pope for his unwillingness to answer direct questions regarding what he knew about the serial homosexual abuse by U.S. Cardinal Theodore McCarrick and when he knew it.

An August 25 report from a high-ranking Vatican official declared that the pope was aware of McCarrick’s misdeeds at least as early as 2013—since the official personally informed him—and yet lifted sanctions against McCarrick that Pope Benedict had imposed and employed him as a consultant in naming new American bishops.

Yet when journalists asked the pope whether these allegations were true, and when indeed he had learned the facts about McCarrick, the pope neither confirmed nor denied the report, preferring instead the strategy of “no comment.”

According to Der Spiegel, Francis, who started as a “brilliant reformer,” now threatens to squander his legacy because “he often speaks at inopportune moments, yet in important moments remains silent.”

The German weekly also suggests that there is a good deal more resistance to the Francis pontificate within Vatican walls than is commonly believed.

One Vatican cardinal, who spoke with Der Spiegel under the condition of anonymity, said of the pontiff: “He preaches mercy, but in reality he is an ice-cold, cunning Machiavellian, and, what is worse – he lies.”