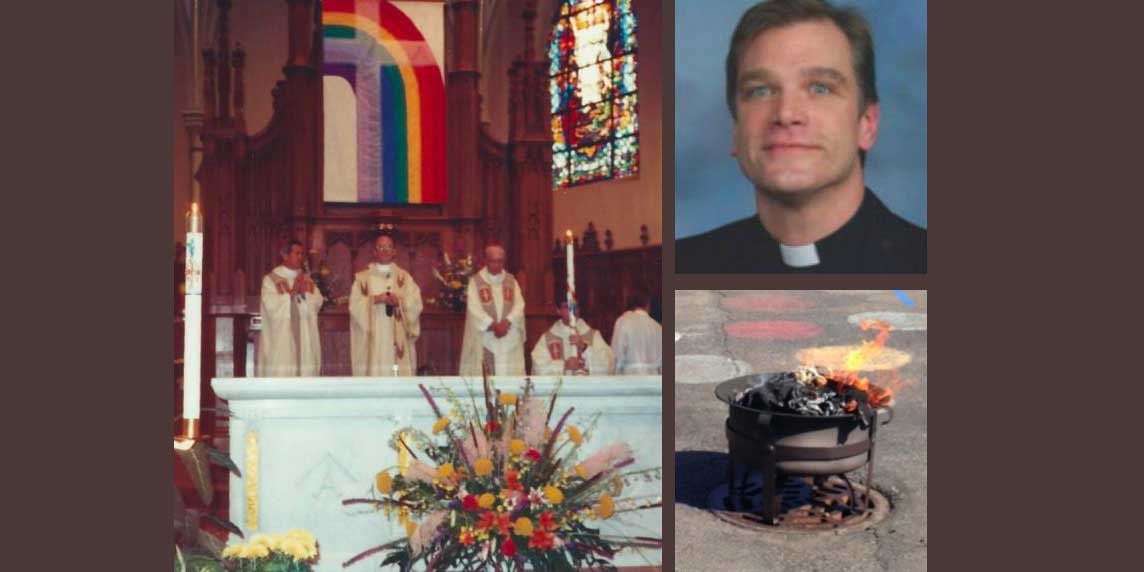 A North Side priest who says he “can’t sit well” with Cardinal Blase Cupich burned a gay-friendly flag outside his Avondale church last week — against the wishes of the cardinal he claims is trying to minimize the clergy sex-abuse crisis.

Rev. Paul Kalchik says the banner, featuring a cross superimposed over a rainbow, had been featured prominently in the sanctuary at Resurrection Catholic Church but had been taken down and was forgotten in storage at the parish at 3043 N. Francisco for more than a decade.

Kalchik led seven parishioners in a prayer of exorcism Friday, and the flag was burned inside a portable fire pit placed the schoolyard next to the church. The ashes of the flag now rest in a church compost heap.

“That banner and what it stood for doesn’t belong to the Archdiocese or Cardinal Cupich. It belongs to the people of this parish who paid for it,” Kalchik said. “What have we done wrong other than destroy a piece of propaganda that was used to put out a message other than what the church is about?”

Cupich, who has joined Pope Francis in exuding a more welcoming tone to gays in the Catholic Church, had attempted to stop Kalchik from burning the flag, instructing Kalchik he “could not move forward with that planned activity,” Archdiocese of Chicago spokeswoman Anne Maselli said Tuesday.