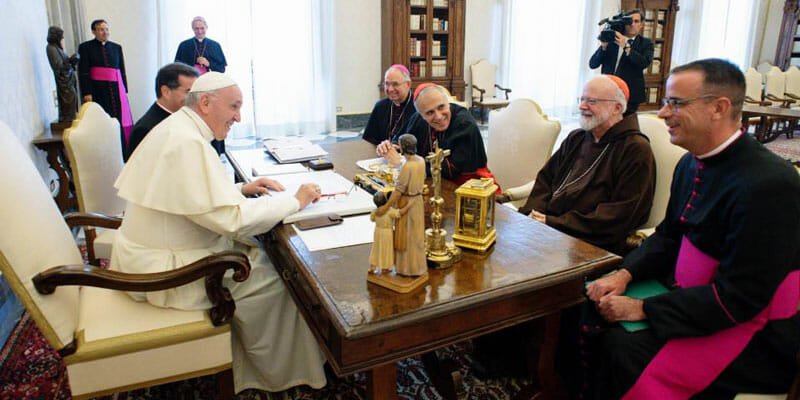 The Vatican has been slammed for posting bizarre images of Pope Francis laughing along with religious leaders at an emergency meeting to discuss the sex scandals which have rocked the Catholic Church.

They were taken just before a private meeting at the Vatican on Thursday to address the shocking groping allegations against former Cardinal Theodore McCarrick.

A number of the Twitter critics  pointed out what bad taste the “laughing” image was in and one even called for the press officer who posted the photos to be fired.

The pontiff has been under intense pressure since former Vatican ambassador Carlo Vigano claimed the church has known about the allegations against McCarrick for years.

Nardo has said he wants Francis to authorise a fully-fledged investigation into the former religious leader, who was removed as acardinal in July after a “credible accusation” that he groped a teenager.

Read more at The Sun