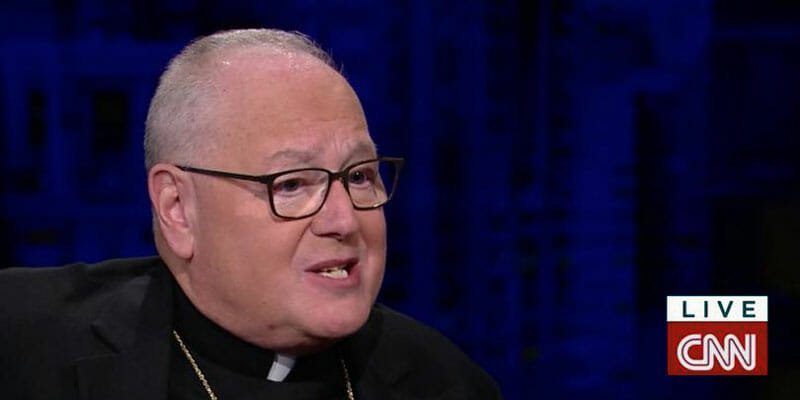 New York’s Cardinal Timothy Dolan has come to the defense of his “friend” Cardinal Donald Wuerl, the embattled archbishop of Washington, D.C. who is facing pressure to resign over inaction on sex abuse.

“Now we’re seeing major Church leaders having to resign,” CNN’s Christiane Amanpour pointed out during an interview with Dolan. “You’ve got Cardinal McCarrick, you’ve got Cardinal Wuerl – who is potentially gonna be resigning – first and foremost, do you agree with that? Cardinal Wuerl is accused of basically having known about the abuse [and] will meet the Pope to offer his resignation. Should he be resigning?”

Theodore McCarrick, who was an auxiliary bishop of New York and later archbishop of Washington, D.C., resigned as a cardinal earlier this summer after the Archdiocese of New York found “credible” allegations he’d molested a minor decades before and former seminarians and priests said he’d abused them as well. A man who was the first baby McCarrick baptized revealed that McCarrick had molested and sexually abused him beginning at age 11 and through young adulthood.

Wuerl is in hot water both for his claims he knew nothing about his predecessor’s predation and for what a Pennsylvania grand jury report revealed about his role in sex abuse cover-up when he was the bishop of Pittsburgh. Wuerl technically already submitted his resignation to Pope Francis three years ago when he turned 75, but it has not been accepted. That appears to be imminent, however, with Wuerl announcing an upcoming trip to Rome to discuss his resignation.