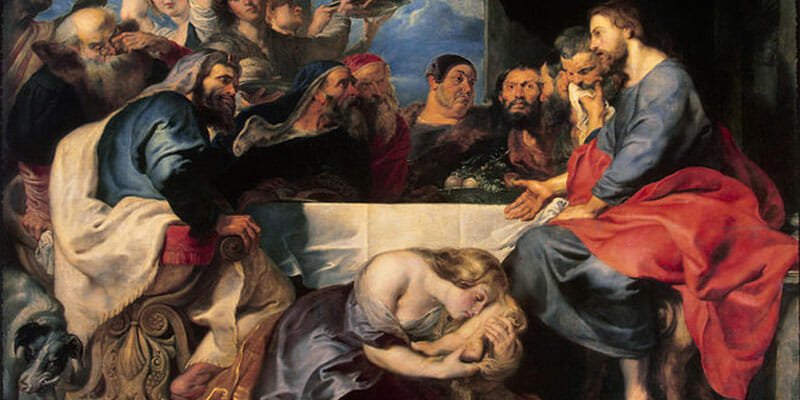 In my previous article I expressed some disagreement with people who said that the now disgraced Theodore McCarrick must never have had more than a “notional” faith, because otherwise he never would have done the wicked things he did. In the meantime, one of my acquaintances described her encounters with McCarrick, who was invariably nice to her, remembering to ask her about her children. She wondered whether he was just playing her, cynically, and some people agreed.

I don’t agree, but I find the problem not an easy one to express, let alone to resolve. I think also that the problem isn’t merely academic. In a way it might be the problem behind our troubles, showing up in a variety of subtle forms. What would a more than notional faith look like, in someone we meet? How might it appear in us? How might it feel?

We are apt to judge things by mere appearances, and those deceive. That’s not always because people want to deceive. It is a feature of our frailty, sinful or not. We are imitative creatures. In our dress, our walk, the lilt of our speech, our choice of words, our posture, and even in things we think are solid results of our dispassionate thought, such as our politics, we are in part play-actors. It is how children learn. But the play’s the thing: we lay a snare for others and fall into it ourselves.

I’m not talking here about cold naked lies. The Pharisees believed they were righteous men, because they had so long adopted the habits of playing at righteousness. They acted well and persuaded themselves. What mere man can pierce through the shell upon calcific shell that overlays the human heart? I cannot. I have little doubt that McCarrick believed that he believed, and that most of the people he met believed it too. He was a nice man, perhaps, and I don’t mean that he merely pretended to be nice. He had so long played at being nice—because niceness is nine parts play and one part good digestion—that it almost makes no difference whether we consider his niceness to have been genuine or false. All such stuff is genuine as far as it goes, which isn’t far at all, not for any really important moral or spiritual purpose. Hitler was very nice to dogs. Plenty of abortionists have been nice men. They whistled while they worked. Nice people go to hell all the time.

If you are a nice person, and you know that you are nice, it’s hard to pray the necessary prayer of David, who confesses, “Behold, I was brought forth in iniquity, and in sin did my mother conceive me” (Ps. 51:5). It’s hard to think that sin penetrates all the way through your being, like dye. We don’t grasp the power of the words of the prophet, “For he is like a refiner’s fire and like fuller’s soap,” and “who can endure the day of his coming?” (Mal. 3:2). It’s not that we find it unpleasant, that image of lye soap scouring and burning its way to our souls, eating and destroying everything filthy in its way. We find it unreal. We are on stage, and take our hypocrisy, our play-acting for our own benefit, for reality. We say that God must refine us with fire, but the image remains ineffectual. What is there to refine?