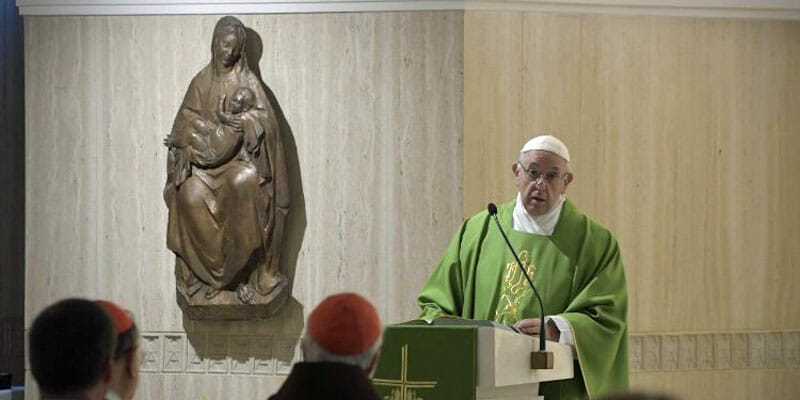 When the news of the Theodore McCarrick sex scandal initially broke, a group of faithful Catholic men gathered to discuss what we might do in response. We were fed-up with having the reputation of our beautiful mother Church defiled by sinful men claiming to be our shepherds. We decided we had to act. We launched a website entitled “Complicit Clergy” to help expose the rot in the episcopacy so that the Bride of Christ might be cleansed of the cancer that has plagued her for so many years.

So imagine how we felt when we read today’s homily from Pope Francis? Vatican News reports that in a homily given at Casa Santa Marta, Pope Francis told bishops that they seem to be under attack from the devil.

“In these times, it seems like the Great Accuser has been unchained and is attacking bishops,” the Pope said. “The Great Accuser is trying to uncover bishops’ sins in order to scandalize the people.”

We are seeking to help purify Christ’s Church, something the episcopacy appears to be incapable of doing. Bishops complicit in the cover-up of sexual abuse must be held accountable and removed from office. It will only be then that the true healing process can actually begin for the Bride of Christ. Mary, Queen of the Church, pray for us.