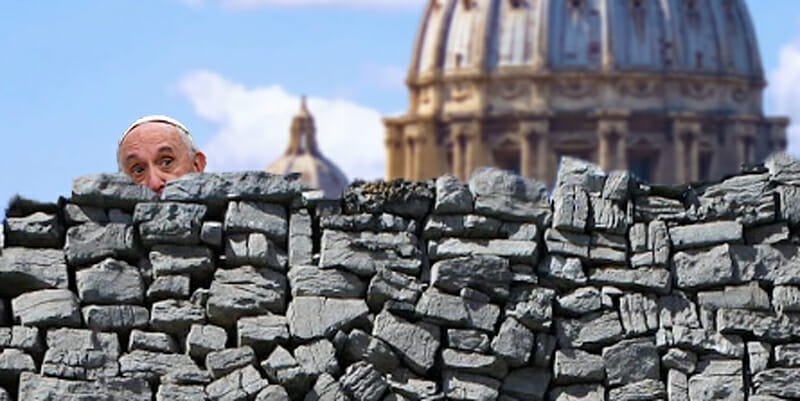 In the dark of an August night in 1961, the Russians threw up a barrier between East and West Berlin which came to be known as the Berlin Wall. On June 12, 1987, Ronald Reagan stood at a podium in Berlin and delivered his famous speech, in which he said, “Mr. Gorbachev, tear down this wall!” What President Reagan called for in 1987, became a reality in 1989, when the head of the East German Communist Party announced that citizens could pass through the wall without restriction as of midnight on November 9, 1989. Oppressed civilians immediately began using hammers and pick axes to remove the wall. The authorities came in with heavy equipment and manpower only after the unscheduled start of the demolition by civilians.

Walled cities have helped protect inhabitants from hostile attackers for centuries. Countries have walls as well. The Chinese, the British, and the Vatican all have defensive walls. More recent walls are those separating Palestinians from the rest of Israel and one being constructed along the U.S./Mexico border. Many international leaders, including Pope Francis, have frequently commented on walls. In February, 2017, Pope Francis told the general audience in St. Peter’s square, “In the social and civil context as well, I appeal not to create walls but to build bridges,” On March 18, 2017, he tweeted “I invite you not to build walls but bridges, to conquer evil with good, offence with forgiveness, to live in peace with everyone.” While Pope Francis is absolutely correct, it seems that he should follow his own advice.

Pope Francis has not constructed any physical walls, but he has been a master builder of an invisible wall which separates him from much of the Catholic Church. Unlike the brick and mortar wall surrounding Vatican City, Francis’s wall consists of ambiguity, inconsistency, passive-aggressiveness, and silence. He can be very clear on some matters, but when it comes to certain topics, he becomes vague, briefly stepping into the light, before slipping back into the shadows. His answers are typically in the form of cryptic rebukes, often through his press office or one of his close advisors. On certain issues his message is hazy and he becomes aloof and inconsistent when asked for clarification. He can even become living satire, such as his recent declaration that plastic in our oceans is an “emergency,” as if environmentalists need support from the pope, as he ignores a scandal in the Church which he himself could resolve with immediate and certain results.