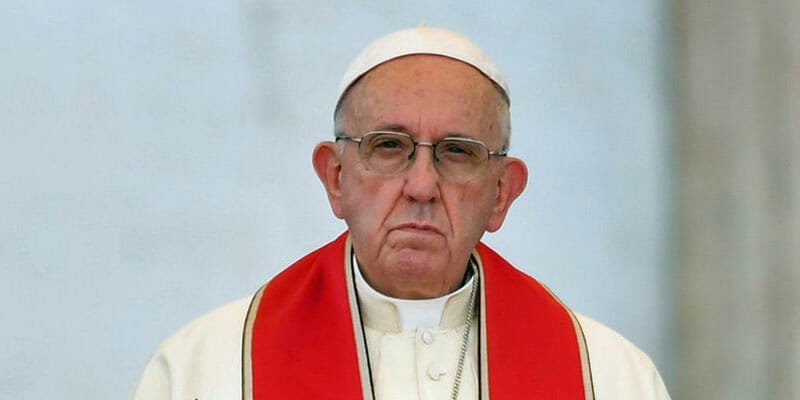 Pope Francis breaks Catholic traditions whenever he wants because he is ‘free from disordered attachments.’ Our Church has indeed entered a new phase: with the advent of this first Jesuit pope, it is openly ruled by an individual rather than by the authority of Scripture alone or even its own dictates of tradition plus Scripture.

These words were intended to be both laudatory and prophetic. Francis is the pope who trims the Church’s sails to the winds of the Spirit rather than letting old charts and logs dictate the course. He is the man appointed by God to lead the Church out of its hide-bound clericalism into a new freedom to relate to the modern world, to generate in her a new “openness to what lies ahead,” to issue “a call to go further.” If, as some say, his methods and manner smack of Peronism, what of it? According to Fr. Rosica, those who dare criticize this divinely appointed ruler should go to confession and henceforth hold their tongues.

Well, since we are being frank, let me say that a finer example of a disordered attachment could scarcely be found. Francis does not appear here as the successor of that Peter whose only mandate is to confess Christ and to safeguard the sacraments of the gospel, thus feeding the flock and strengthening his brethren. He appears rather as Jesus himself appeared – as one so vested with the Spirit as to take authority over scripture and tradition. And this, if taken seriously, is heresy of the rankest kind.

Fr. Rosica’s fawning “clericalism of one,” if I may put it that way, confuses Peter with Christ. Moreover, it reflects a confusion evident in Francis himself, who on hearing this ought to have torn his cassock and ripped up Rosica’s letter of appointment. Perhaps, however, he was too preoccupied with his own effort to persuade us to go further, “to open ourselves up without fear, without rigidity, to be flexible in the Spirit and not mummified in our structures that close us up.”

Now dare I say that, in the context of the present ephebophilia crisis, the words of Francis just quoted, which were used in expression of gratitude to José Tolentino Mendonça, a priest (now bishop) who has not shied from promoting LGBTQ causes, take on a rather sinister sense? One can well imagine such words being used in the grooming or cajoling of young seminarians by the likes of “Uncle Ted.” No doubt that was far from Francis’s mind! But recall that this is the pontiff who has not merely erred, as his predecessors did, in appointing men of dubious character to high office at the urging of other such men in the bureaucracy. This is the pontiff who has deliberately surrounded himself with such men (whose names, eschewed here, have now been named by one in a position to name them). It is the pontiff who allegedly lifted what limited sanctions Benedict imposed on McCarrick and apparently took the latter’s advice in making major episcopal appointments. It is the pontiff who, confronted with all that, said that he would speak not one word in reply, yet clearly indicated that critics, however grave their charges, are but sowers of division, a howling “pack of wild dogs” who seek to destroy the peace of a prayerful man.