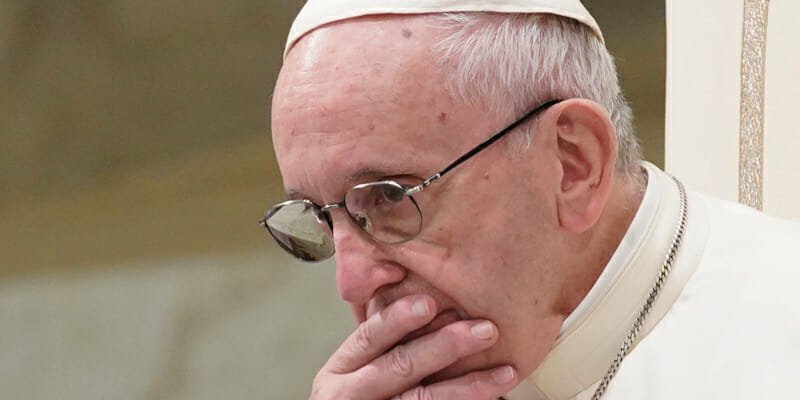 From 1998 to 2013 Jorge Mario Bergoglio, now known as Pope Francis, was Bishop of Buenos Aires. While he held that church position church officials in the US and Europe began addressing the catastrophe of child sexual abuse by clergy. Popes John Paul II and Benedict began to speak out on the abuse by making public statements. However as bishop of Buenos Aires Jorge Mario Bergoglio kept a very low profile on the subject of abuse in Argentina staying very silent on the abuse his priests were doing to their Argentine flock of children.  During his assignment as Bishop of Buenos Aires, Bergoglio released no documents, no names of accused priests, no tallies of accused priests, no policy for handling abuse, not even an apology to victims.  In fact, in wide-ranging collection of conversations with Argentine rabbi Abraham Skorka entitled “On Heaven and Earth” published in 2010, he suggested the problem of clerical sexual abuse did not exist in his archdiocese. After Bergoglio was elected pope in 2013, a number of additional cases of apparent cover-up and obfuscation continued to take place.

In an 11-page testimony issued in August 2018, Archbishop Carlo Maria Viganò, former Papal Nuncio to the United States, said that he personally told Pope Francis about accusations of sexual misconduct on the part of Cardinal McCarrick in 2013 and that Pope Benedict had imposed sanctions on McCarrick.  Francis reportedly ignored Viganò’s counsel and instead, elevated McCarrick to important assignments within his pontificate, including becoming a major adviser in the promotion of bishops in the United States. When confronted with Viganò’s allegations, Francis responded by saying “I will not say a single word on this.”  McCarrick reportedly was a key lobbyist in the election of  Jorge Bergoglio as pope in 2013.

Juan Carlos Cruz, a victim of cleric Fernando Karadima in the 1980s, wrote a letter to Pope Francis in early 2015 accusing then priest Juan Barros of witnessing the abuse and doing nothing (see report by The World Over).  The Vatican refused to comment on the letter when approached by BBC News. Francis proceeded in appointing Bishop Juan Barros to the southern diocese of Osorno, Chile in 2015, causing uproar both among the locals and the victims of the country’s most infamous pedophile priest.  Hundreds of protesters in Chile attempted to block Barros’ installation. Francis accused victims of sexual abuse in Chile of slander, saying their attacks on a bishop who’s accused of covering up the abuse amount to “calumny.”  Francis later acknowledged that he has made “serious errors of assessment and perception” in the case of Chilean Bishop Juan Barros and accepted his resignation.

Maccarone was dean of the Faculty of Theology of the UCA, Pontifical University of Buenos Aires.  The Grand Chancellor at UCA was then the Archbishop of Buenos Aires, Jorge Mario Bergoglio. In 2005, Maccarone was caught on a 15-minute video performing a homosexual sex act with 23-year-old Alfredo Serrano. Serrano said he filmed the incident because Maccarone had promised him a public job that he never fulfilled. Maccarone immediately tendered his resignation to Pope Benedict and it was accepted. In response, the Permanent Commission of the Episcopate chaired by Bergoglio, issued a declaration of solidarity in support of Maccarone that produced an additional scandal. Among those he reportedly sexually abused were some minors, as in the case of Chascomús.  Bergoglio later attempted to discreetly allow Maccarone to reenter the ecclesiastical life during a ceremony in the Diocese of Venado Tuerto. Maccarone continued to be helped by Bergoglio as professor emeritus of the UCA. Maccarone died in March 2015 without having paid for his crimes.

Grassi was convicted in 2009 of molesting a boy who had lived in a home for street children that Grassi founded (see excerpt from documentary The Code of Silence). After Grassi’s conviction, Bergoglio commissioned a secret study to persuade Supreme Court judges of Grassi’s innocence. Bergoglio’s intervention is believed to be at least part of the reason that Grassi remained free for more than four years following his conviction. He finally was sent to jail in September 2013. See detailed summary of the Grassi case at BishopAccountability.org.

In 2003, a priest with AIDS who had admitted to his bishop that he had sexually assaulted a boy was discovered to be hiding from law enforcement in a vicarage in the archdiocese of Buenos Aires, then headed by Bergoglio. Pardo also was reportedly hearing children’s confessions and teaching in a nearby school. One of Bergoglio’s auxiliary bishops, with whom he met every two weeks, appears to have lived at the vicarage at the same time. Typically, an ordinary must give permission for a priest to live and work in his diocese. It is unlikely that Pardo lived and ministered in Buenos Aires without Bergoglio’s approval.  A mother of one of Pardo’s victims alleges that Bergoglio covered-up Pardo’s abuse. See detailed summary of the Pardo case at BishopAccountability.org.

After a victim discovered that his abuser had fled Argentina to the US, eluding law enforcement, the victim sought Bergoglio’s help in getting released from the confidentiality order imposed by the cleric’s religious order. He conveyed his request in meetings with Bergoglio’s private secretary and with the auxiliary bishop, current archbishop Mario Poli. The archdiocese would not help. See detailed summary of the Picciochi case at BishopAccountability.org.

In 2001, following a diagnosis as a pedophile at a church-run treatment center, Sasso was made pastor of a very poor parish with a community soup kitchen in the Zárate-Campana diocese. In 2002-2003, he sexually assaulted at least five little girls in his bedroom off the soup kitchen. In 2006, with Sasso in jail but not yet convicted, the parents of the little girls reportedly sought Bergoglio’s help. Bergoglio was then president of the Argentine bishops’ conference, and the soup kitchen was just 25 miles from the Buenos Aires archdiocese. Bergoglio would not meet with them. See detailed summary of the Sasso case at BishopAccountability.org.

Gauna was an archdiocesan priest under Bergoglio’s direct supervision. In 2001, two girls at a school filed a criminal complaint saying Gauna had touched them inappropriately. Bergoglio reportedly was going to look into it. Gauna still works in the Buenos Aires archdiocese. Notably, he’s now a deacon and a hospital chaplain – possible indicators that Bergoglio considered the allegations credible but decided to demote him rather than remove him from ministry. See detailed summary of the Gauna case at BishopAccountability.org.

At least 24 students of the Provolo Institute in Argentina have now come forward seeking justice for the abuse they say they suffered at the hands of Fr. Nicolás Corradi, Rev. Horacio Corbacho, and three other men. The five were arrested by police in November 2016 (see short documentary on the Provolo Institute).  The Provolo Association representing the victims told the Associated Press after the arrests that the Vatican had still done nothing and raised questions about Francis himself. “We have to ask ourselves: the Pope, who was for many years the primate of the Argentine church, did he know nothing about clerical abuse in his country?” A canon lawyer for the group, Carlos Lombardi, told the press, “Either he lives outside of reality or this is enormously cynical…it’s a mockery.”
On October 20, 2014, victims of abuse from the Institute sent a letter to Pope Francis reminding him that 14 of the accused priests were alive and still in places of active ministry in the Institute. The letter communicated the precise locations where the priests were working in the Institute – four of them in Argentina; one of these was Corradi. No response; no action.