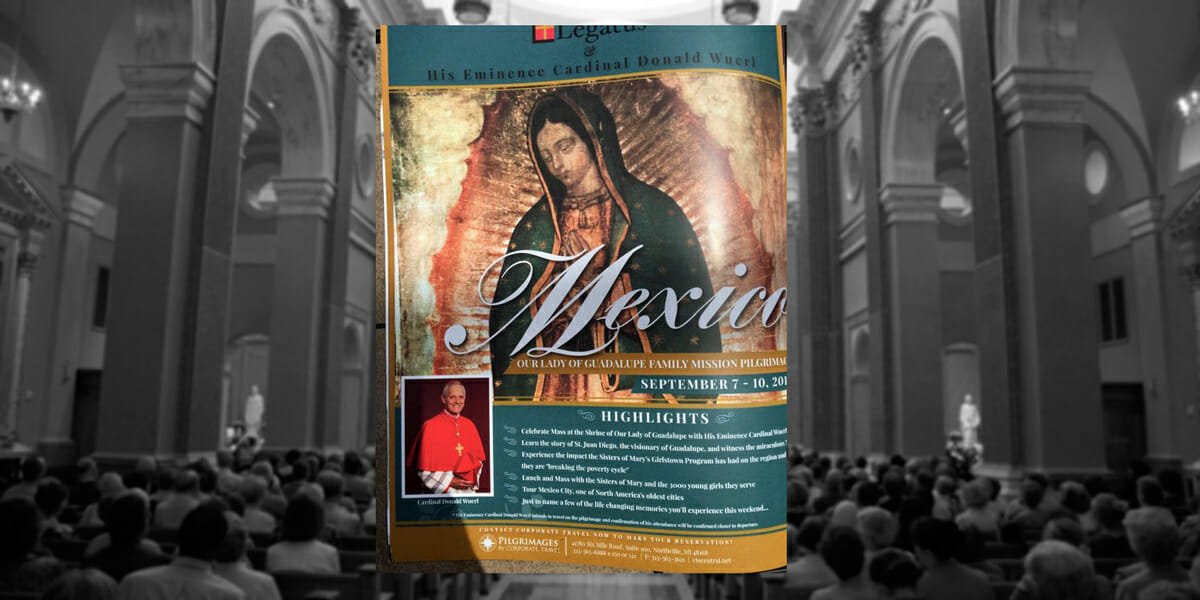 Cardinal Donald Wuerl will no longer be joining Legatus, the organization of Catholic businessmen, in its September 7-10 pilgrimage to Our Lady of Guadalupe shrine in Mexico.

Legatus declined to comment to LifeSiteNews, but a travel agent from Corporate Travel, the organization facilitating the pilgrimage, confirmed that Wuerl is no longer going on the pilgrimage.

“Just recently they [Legatus] made the announcement that he [Wuerl] will not be joining,” the agent said.

The back cover of a recent Legatus magazine featured a full-page advertisement for the pilgrimage along with a photo of a smiling Cardinal Wuerl.

The top “highlight” on the trip was listed as follows: “Celebrate Mass at the Shrine of Our Lady of Guadalupe with his Eminence Cardinal Wuerl.”