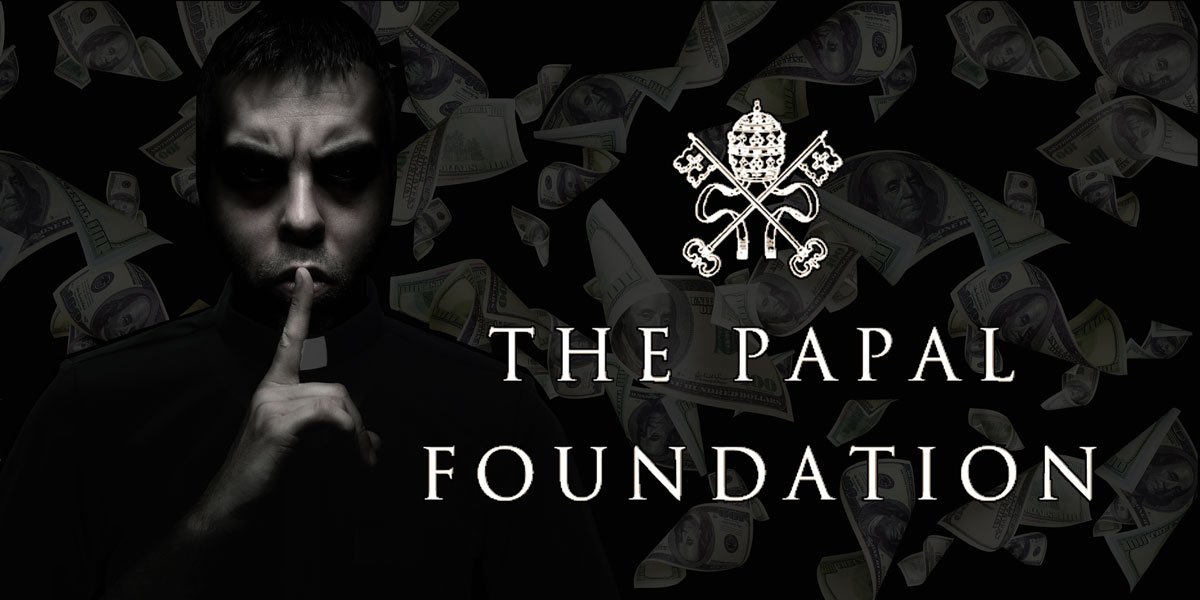 Most of us learn early on in life that we are often judged by the company we keep. We can have the best intentions at doing the right thing, but our efforts can be thwarted if we collaborate with the wrong kind of people. Sometimes we might associate with an individual who appears to share our values, only to later learn we have been deceived and betrayed.

These may be some of the now being shared by members of The Papal Foundation.  The Papal Foundation was founded in 1988 as a response to the desire of Catholic clergy and laity in the United States for a unique, sustainable way to support the Holy Father and his witness in the world.

The Foundation has grown to over $215 million with a total of $121 million awarded in grants and scholarships.  Income generated from the investment of capital creates a perpetual source of revenue.

The foundation’s executive committee of the board of trustees is composed of active and retired cardinals who live in the US. The full board includes eight people who are laities, as well as bishops. In 2016, it received contributions of $6 million, $3 million of that from new “stewards,” and granted out almost $10 million. In order to be considered a steward of the foundation, one must commit $1 million to be paid in no more than ten years, at least $100,000 a year.

Members include some of the largest Catholic donors in the United States (see the Foundation’s annual report).  Members have the opportunity each year to meet as a group with the Pope in Rome.

In February this year, leaked internal documents revealed that Pope Francis personally requested, and obtained in part, a $25 million grant for a corruption-plagued, Church-owned dermatological hospital in Rome accused of money laundering. Records from the financial police indicate the hospital has liabilities over one billion USD – an amount larger than the national debt of some 20 nations.

The foundation customarily gives grants of $200,000 or less to organizations in the developing world (see a grant list for 2017 here) via the Holy See.  According to the internal documents, the Pope made the request for the massive grant, which is 100 times larger than its normal grants, through Papal Foundation board chairman Cardinal Donald Wuerl in the summer of 2017.

On January 6, the steward who until then served as chairman of the Foundation’s audit committee submitted his resignation along with a report of the committee’s grave objections to the grant.

“As head of the Audit Committee and a Trustee of the Foundation, I found this grant to be negligent in character, flawed in its diligence, and contrary to the spirit of the Foundation,” he wrote in his resignation letter accompanying the report. “Instead of helping the poor in a third-world country, the Board approved an unprecedented huge grant to a hospital that has a history of mismanagement, criminal indictments, and bankruptcy.”

“Had we allowed such recklessness in our personal careers we would never have met the requirements to join The Papal Foundation in the first place.”

In June, the New York Times reported that Cardinal Theodore McCarrick had been removed from ministry due to credible accusations of sexual abuse.  The public later learned that McCarrick had a history of sexual predatory behavior  that spanned several decades.  Public scrutiny soon fell on McCarrick’s long list of associations, including the Papal Foundation which he co-founded in 1988.

In August, the Pennsylvania Grand Jury published the results of a 2-and-a-half year investigation into allegations of sexual abuse in six dioceses.  The scathing report revealed that over 1000 children had reportedly been abused at the hands of 300 priests over the course of the past 50 years.  The report specifically identified Cardinal Donald Wuerl, the current Chairman of the Papal Foundation Board of Trustees, as having been responsible for covering-up multiple cases of abuse when he was Archbishop of Pittsburgh.  The report also mentioned that Archbishop David Zubik, the current Archbishop of Pittsburgh and a current Trustee of The Papal Foundation, was responsible for covering-up cases of sexual abuse.  In addition, the report identified that the Rev. Thomas Benestad, the first Executive Director of The Papal Foundation, had been accused of sexually molesting a 9-year-old boy.

The identification that three Papal Foundation associates had been involved in sexual abuse and/or cover-up prompted a review of current and past clerical members of the Foundation to see if any additional individuals may have been involved in these types of behaviors.  Below is a list of the findings: