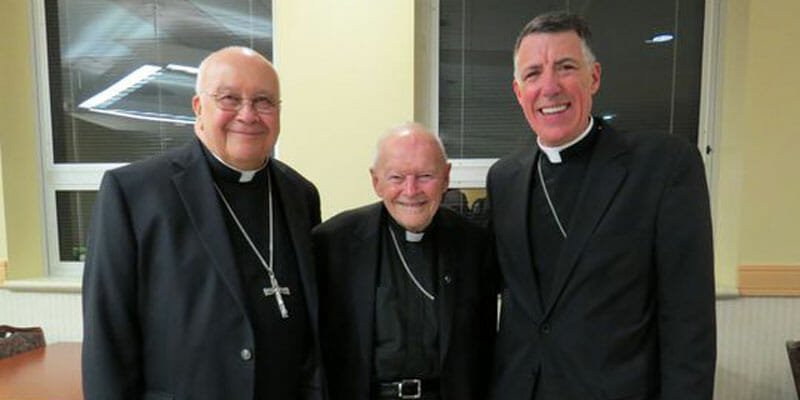 Bishop Emeritus Paul Bootkoski of Metuchen said last week that claims of abuse against then-Cardinal McCarrick made to his diocese were reported to the then-nuncio in a timely manner. Accounts from some alleged victims suggest the diocese had been aware of McCarrick’s misconduct long before it was reported.

An Aug. 28 statement from the office of Bishop Bootkoski said Archbishop Carlo Maria Viganò “was mistaken in his recollection of facts regarding abuses committed by Archbishop McCarrick.”

Archbishop Viganò, the former apostolic nuncio to the US, had written that Bishop Bootkoski, as well as Archbishop Emeritus John Myers of Newark “covered up the abuses committed by McCarrick in their respective dioceses and compensated two of his victims. They cannot deny it and they must be interrogated in order to reveal every circumstance and all responsibility regarding this matter.”

According to the statement from Bishop Bootkoski’s office, “the Diocese of Metuchen received the first of three complaints against Archbishop McCarrick in 2004,” after McCarrick had been transferred to Washington and made a cardinal.

“The Diocese of Metuchen promptly reported each claim it received to law enforcement in multiple counties in the different states where the reported offenses took place,” the statement said.

Bishop Bootkoski said he informed the then-apostolic nuncio to the US, Archbishop Gabriel Montalvo Higuera, of the claims received by the Metuchen diocese regarding McCarrick in December 2005, first by phone, and then in writing.

“Any implication that Bishop Bootkoski failed to report the accusations against Archbishop McCarrick to the appropriate church officials and civil authorities is incorrect,” the statement said.

A letter sent Dec. 6, 2005 from Bootkoski to the nuncio summarized that a priest of the Metuchen diocese, who was subsequently dismissed from the clerical state, “alleged McCarrick had inappropriate physical contact with him”; that a former Metuchen seminarian “alleged to have heard rumors of parties held at the New Jersey shore home of Cardinal McCarrick; however, he indicated he was not at any of the parties and put no credence in the rumors”; and that a priest of Metuchen who was subsequently removed from ministry dues to allegations of sexual abuse of minors in the 1990s “alleged McCarrick had inappropriate physical contact with him, including sexual touching, when he was a seminarian, as well as similar encounters with other priests of the diocese.”

According to a July 16 article in the New York Times, Robert Ciolek “filed for a settlement from the church” in 2004.

Ciolek had been a seminarian in the 1980s, and alleged abuse by McCarrick. He was ordained a priest, but left the priesthood in 1988.

But the New York Times reported that Ciolek was contacted “around 1999” by Msgr. Michael Alliegro, who asked him “if he planned to sue the diocese, and then mentioned Archbishop McCarrick’s name.”

Msgr. Alliegro had served as McCarrick’s secretary in Metuchen, and he was vicar of pastoral life for the diocese from 1987 until about 1999.

“And I literally laughed, and I said, no,” Ciolek told the New York Times, adding that Alliegro breathed a sigh of relief.